Brexit, Vaccine Nationalism, and the Future of the UK 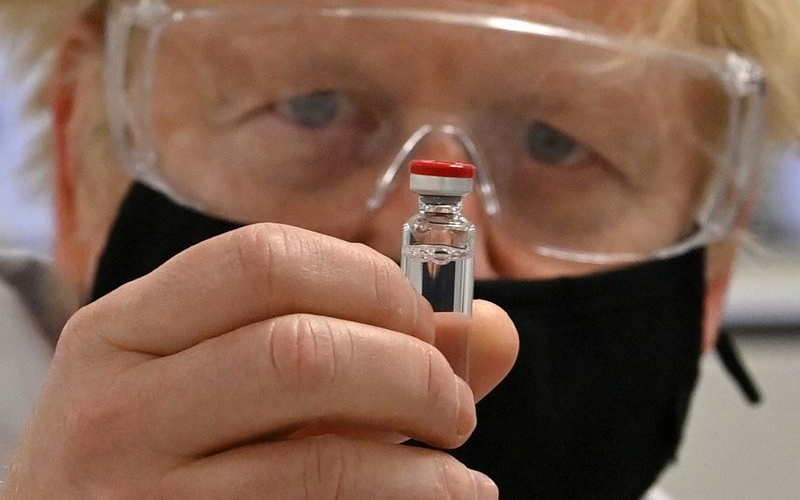 And The Sun reached for a Coronavirus-related quip: “Now EU Are REALLY Giving Us the Needle“.

It was a turbulent 48 hours for the European Union. A contract dispute with Astra Zeneca over vaccine supply, sparked by problems at a Belgium production facility, had morphed into a dispute between the EU and the UK over whether the pharmaceutical company was diverting doses meant for Europe.

The European Commission wanted to prevent Northern Ireland being used as a “back door” to move vaccines into Great Britain. So it invoked Article 16 of the Norther Ireland Protocol, which allows the EU or UK to unilaterally suspend operations believed to be causing “economic, societal, or environmental difficulties”.

Faced with Irish concern as well as British criticism, the EU quickly backed down and acknowledged its mistake. However, proponents of a hard Brexit were now using a “Vaccine Victory” as evidence of its value for a triumphant UK.

This was an obvious gloat, but a false one. The exercise in “vaccine nationalism” in fact highlighted the damaging consequences of Brexit.

And the exploitation of the event could lead not to economic and political success, but to further damage — all the way to the crisis over Ireland and Northern Ireland that the final deal was supposed to prevent.

Waving the Flag of Vaccine Nationalism

Flashback to spring 2020, during the first Coronavirus wave, when the Johnson Government, dedicated to its proclamation of Brexit “independence” turned down three European Union invitations to join schemes for the procurement of ventilators and personal protective equipment. The decision had serious consequences as the UK struggled to obtain vital supplies, with the Government accused of handing out lucrative contracts to associates of Cabinet Ministers and Conservative MPs.

Still, in July London rejected the opportunity to join the EU’s vaccines scheme, cooperating on production and distribution, “as it would not allow the UK to have a say in the vaccines procured, the price, the quantity and the delivery schedule, and the UK would not be allowed to continue pursuing independent discussions with pharmaceutical companies”.

The EU had hoped that with cooperation, vaccine prices could be prevented from inflating. But the UK was already going its own way. In May, it had signed a contract for the Oxford/AstraZeneca vaccine, paying almost twice as much as the EU. It subsequently paid about 40% more for the Pfizer/BioNTech doses, and about twice as much for Moderna’s version.

The UK’s willingness to pay more, and the work of the Medicines and Healthcare Products Regulatory Agency, has led to its significant advantage over Europe in vaccine rollout. However, Ministers seized upon this — weeks before the final deal with the EU was confirmed — to portray a wider British supremacy.

Business Secretary Alok Sharma followed up that “the UK led humanity’s charge against this disease”. Germany’s Ambassador to the UK, Andreas Michaelis, crisply responded, “Why is it so difficult to recognize this important step forward as a great international effort and success. I really don’t think this is a national story.”

June Raine, the Chief Executive of the UK’s Medicines and Healthcare products Regulatory Agency, explained that it was not Brexit but Britain’s soon-to-expire arrangements with Europe when enabled the approval process: “We’ve been able to authorize supply of this vaccine under provisions under European law which exist until January 1.”

Even Boris Johnson was hesitant to hail a “Brexit bonus”: “What I would say about all of these vaccines are that they are global efforts, you’ve got scientists around the world coming together to make this possible and it’s a truly international thing.”

But that was before the UK’s formal departure from the EU on December 31. It was before Britain administered more than 10 million doses as of February 3, compared to 2.47 million in Germany and 26.47 million across the EU’s 27 countries.

A cooperative arrangement between London and Brussels might have brought a win-win situation, but in Brexit world, all outcomes are win-lose — especially for a Johnson Government whose achievement so far is the fifth-highest per capita Coronavirus death rate in the world, and the the highest in January 2021.

So Johnson proclaimed in the House of Commons on Wednesday, as he sought to one-up the leader of the opposition Labour Party, Keir Starmer: “If we had listened to him, we would still be at the starting blocks because he wanted to stay in the European Medicines Agency.”

The EU mishandled the Astra Zeneca dispute, and compounded the error with its brief invocation of Article 16. But this is no longer the pressing political issue. Instead, it is the exploitation of the EU’s mistake by hard Brexiters and by Northern Ireland’s Democratic Unionist Party, as they seek to scrap the Northern Ireland Protocol entirely. Doing so, they will reinstitute a hard border between the Republic of Ireland and the North.

DUP leader and Northern Ireland’s First Minister Arlene Foster was quick off the mark. On January 30, she declared, “This protocol that was meant to bring about peace and harmony in Northern Ireland is doing quite the reverse,” insisting that the provision for the border was a “misunderstanding” of the Good Friday Agreement.

The DUP’s Nigel Dodds piled on more pressure, portraying the EU as a villain whose “mask” had slipped.

English politicians used the vaccine issue to convert Brexit’s self-inflicted wounds, including the disruption trade and movement of goods between Northern Ireland and Great Britain, into an assault on the Protocol.

Hard Brexiter Iain Duncan Smith asked Cabinet Minister Michael Gove in the House of Commons on February 2, “Does my right honourable Friend not agree that the reality is that the protocol is simply not working? These are not teething problems.”

Gove acknowledged that there are “significant issues that bear on the lives of people in Northern Ireland, which do need to be resolved”. Significantly, he did not reaffirm the Protocol:

In the medium to long term, it is important that we take all the steps required to ensure that citizens in Northern Ireland recognise that they are an integral part of the UK.

Instead, Boris Johnson may have his pretext to fire another volley at the border arrangements on the Irish island.

In the run-up to the December 2019 General Election, Johnson falsely said of the Withdrawal Agreement that there is no customs line “down the Irish Sea”. Last September, his Government threatened the final Brexit deal, and broke international law, with an Internal Market Bill that tried to remove that line.

Now faced with Government responsibility for trade and supply disruption, much of which is due to inadequate planning, the Prime Minister could attempt to shift blame — even if the cost is an effective hard border and the undermining of the Good Friday Agreement.

Gove signaled on Wednesday that the move is being considered, writing the Commission that an “urgent reset” of the Protocol is needed. Johnson told MPs that he is considering the use of “emergency powers”.

The Government will no doubt have assistance from some in the English press. Indeed, there are some who want to go even farther in the destruction of UK relations with the EU.

As the Daily Telegraph, formerly a backer of Donald Trump, boomed last week, “The Trumpian EU has demolished its final reasons for existing.”