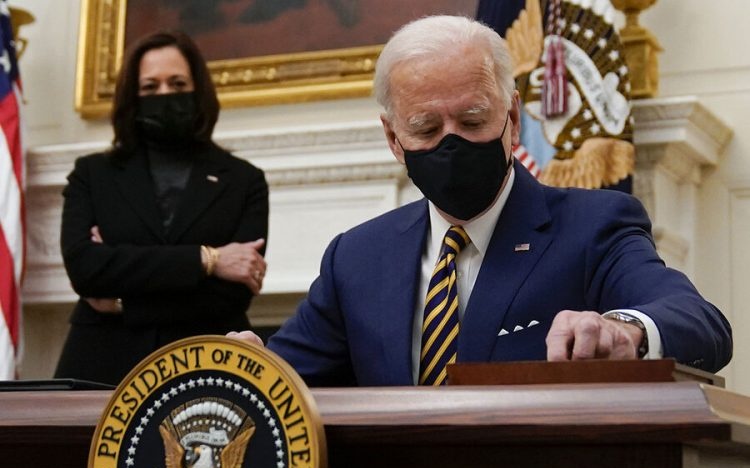 We chat about the executive orders on immigration, climate change, diversity, the Coronavirus pandemic, and social and racial issues, as well as the challenges ahead for legislation. And we discussed the specter of a fragmented Republican Party, with Trumpists seeking to establish supremacy over the establishment faction.

Joe Biden is a pragmatist, first and foremost, a pragmatist beyond Democrat v. Republican and left v. right.

And he and his Administration think that the US is in one of its crises, that they’re going to grasp the nettle and that “if Republicans wish to challenge us, they’ll have to respond to executive orders that already have force”.

Linking the fragmented Republicans to the threat of GOP Rep. Marjorie Taylor Greene, removed from her committee posts by a House vote on Thursday night:

There’s a very fine line between Marjorie Taylor Greene and other conspiracy theorists and the Trumpists.

Not all Trumpists are conspiracy theorists, but the way Trumpism has built on disinformation, on shouting “Fake News” rather than dealing with issues — that opens the door for Taylor and others to exploit this.