Can “Outsider” William Burns Lead the CIA? The Lessons from History 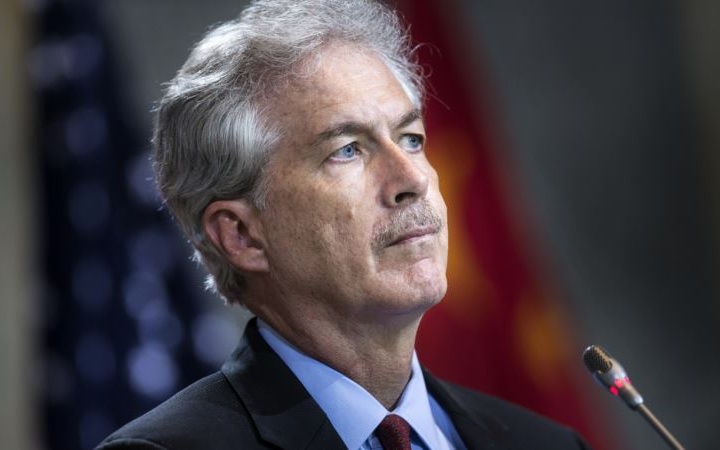 President-elect Joe Biden has nominated William Burns (pictured) as his next Director of the Central Intelligence Agency.

Some analysts have welcomed the appointment of Burns as a sign that the intelligence community will be depoliticized after the manipulations and distortions of the George W. Bush and Donald Trump era. At the same time Burns, the first career diplomat to lead the Agency has the status of an “outsider”.

This is not the only time that the Agency has been headed by someone who did not come up from within its ranks. It can be argued that a Director from outside can be a bridge to good working relationships with the President and with Congress and the relevant Senate and House committees.

But outsiders also have the additional task of gaining the loyalty and trust of the Agency, its officials, and its operatives — and the record is far from stellar in this area. Add the appointment of lawyer David Cohen to the role of Deputy Director, which he held in the Obama Administration, and as Kenneth Dilanian of NBC News writes:

Biden’s decision to appoint Cohen after having named William Burns…, is likely to ruffle a few feathers at the spy agency, CIA veterans said, because usually one of the people in those jobs has long experience at the CIA.

So what lessons can history offer for the prospects of Burns, Cohen, and the Biden Administration with the US intelligence community?

Perhaps the most famous transition from an insider to an outsider was that between the CIA’s ultimate spymaster Allen Dulles, an intelligence veteran from World War II to 1961, and the outsider John McCone. In the aftermath of the Bay of Pigs fiasco, President John Kennedy resisted his initial temptation of ‘splintering the CIA into a thousand pieces and scattering it to the winds’. Instead, he fired Director Dulles and Deputy Director for Plans Richard Bissell, another Agency stalwart.

McCone had no previous Agency experience, having led the Atomic Energy Commission under the Eisenhower Administration. Kennedy hoped that McCone, as a life-long Republican, would help him cover his right flank and shield him from the GOP’s criticism after the disaster in Cuba.

McCone’s tenure was – overall – successful. His relationship with Kennedy was unremarkable, even as the President, who mistrusted the Agency, outsourced some covert operations to loyalists and cherry-picked officials. But within the Agency, McCone’s reputation was, and still is, excellent. A biography on the CIA’s website hails him as “one of the best leaders and managers” in the Agency’s history. Several of McCone’s successors failed the internal test.

When James Schlesinger took charge of the CIA in February 1973, he was seen within the Agency as an outsider, and as President Richard Nixon’s man. The suspicion was compounded by Schlesinger’s series of aggressive cuts of personnel. These were partially due to the winding down of the Vietnam War, but the Director’s abrupt methods stung.

Then, as the Watergate scandal unfolded – and rumours regarding possible CIA involvement emerged – Schlesinger ordered officials to report immediately “any activities now going on, or that might have gone on in the past, which might be construed to be outside the legislative charter of this Agency”.

The Agency compiled a file of 693 pages, “The Family Jewels” on the most controversial activities from the early Cold War to the present. These included drug experiments on unwitting US citizens (MKULTRA), spying on Americans at home and abroad, and assassination plots against foreign leaders. Schlesinger only escaped the backlash that surrounded the partial leak of the document because he had departed. It was insider William Colby who had to cope with the public and media outcry and with Congressional investigations.

During Colby’s tenure, the CIA was rocked by media revelations and Congressional investigations. The Pike Committee in the House of Representatives and the Church Committee in the Senate investigated the Agency’s misdeeds and questioned the need and propriety of several of its activities. At the time, the Ford White House responded with a coordinated – and to a large extent successful – effort to constrain and manage these inquiries.

Colby’s role irritated the White House. President Gerald Ford mistrusted the Director, and Secretary of State Henry Kissinger despise him, wrongly seeing an excessive willingness for transparency with Congressional committees. Colby was abruptly replaced with someone perceived as more in line with the President’s agenda: George H.W. Bush, the chairman of the Republican National Committee.

Colby, however, was far from alone in his inability to establish a good working relationship with the President. For James Woolsey, the signs were there since the first encounter with president-elect Bill Clinton in 1992. The meeting was so awkward that Woolsey was left uncertain as to whether he had been offered the post.

Their first encounter epitomized the relationship between the CIA and the White House during Clinton’s first term: “distant, mutually ill-informed, and strangely nonchalant”, as Steve Coll summarized it. The outsider Woolsey did not gain the loyalty of the Agency, but he also failed to gain the regard of the President.

When Frank Eugene Corder crashed a Cessna 450 plane on the White House lawn in September 1994, the joke making the rounds in Washington was that the pilot was actually Director Woolsey desperately seeking a meeting with the President. Woolsey initially resented the quip, but later made it his own.

However, having the full support of the President comes with potential drawbacks. Aiming to revamp the Agency after the struggles of the 1970s, Reagan picked his former campaign manager William Casey as CIA Director. The choice was a bridge to Agency staff because of Casey’s experience in the Office of Strategic Services, the CIA’s World War II ancestor. As Robert Gates put it, Casey became ‘Reagan’s sword’ in the President’s anti-communist crusade.

Casey revamped the Agency and raised the morale of its covert warriors. He famously scrapped rules for secret operations, telling officials to use their “common sense”. With a position in Reagan’s Cabinet, Casey expanded the Agency’s budget and gave it a voice in foreign policy decision-making. Guarded by Reagan, Casey derided Congressional oversight of the intelligence community, mumbling unintelligibly or lying if forced to testify in front of committees.

But the loyalty and disregard for checks and balances came at a cost. CIA engaged in some of its largest covert operations, including support for the contras in Nicaragua and for the mujahedeen in Afghanistan; however, the Iran-Contra scandal brought the agency into disrepute and almost cost Reagan his presidency.

The Agency’s Institutional Culture: What Culture?

While commentators often focus on the CIA’s institutional culture, that is largely a misnomer. There are multiple cultures. Analysts and operators, human intelligence and signal intelligence: different branches are perhaps better understood as tribes with different priorities and interests, jealous of their turfs. Directors who have been unable to balance the needs of these tribes are often remembered among the worst in the Agency’s history.

During the Carter Administration, CIA Director Adm. Stansfield Turner showed more interest in technology and signal Intelligence than in human intelligence and covert operations, which he considered relics of an earlier Cold War era. His tenure, like Schlesinger’s, was characterised by personnel cuts, mainly of covert operators. Intelligence failures, including the 1979 Iranian Revolution and the Soviet invasion of Afghanistan, further tarnished Turner’s record.

As the CIA moved into the post-Cold War era, the demise of the Soviet enemy, financial cuts, and internal scandals weakened its position within US foreign policymaking. It also suffered from the backlash of the Iran-Contra scandal and a general scepticism towards covert warriors.

Clinton’s second CIA director, John Deutch, came into the Agency from the position as Under-Secretary of Defense, where he kickstarted the Predator drone program. Like Turner, he combined a clear preference for SIGINT with a suspicion towards the Agency’s traditional spying and covert operations capabilities. He brought in a series of outsiders to manage deep changes within the Agency, pushing CIA veterans to retire amid budget cuts. Unsurprisingly, his tenure as director was only 19 months. Adding insult to injury, it was revealed that he had kept classified material on several of his personal laptops.

CIA directors have an intricate mission. They have to establish a good working relationship with the President, respect Congressional prerogatives, and win the loyalty of Agency officials and officials.

Outsiders have especially struggled with the latter task. Amid the recent history of the politicization of the intelligence community — and demoralization in the Trump years — the job is even tougher.

Early responses to the nomination of William Burns are optimistic. He is considered someone who could work well within the Agency and – through Secretary of State Antony Blinken – might establish good working relationships with both diplomats and President Biden.

But gaining the trust of his Agency staff? We wait and see. 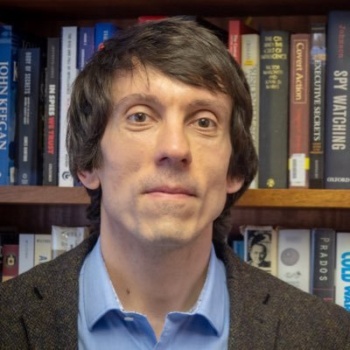 Dr Luca Trenta is Associate Professor in International Relations in the Department of Political and Cultural Studies, Swansea University. His current research focuses mainly on the US government’s involvement in the assassination of foreign officials from the Cold War to the present day.A regular contributor to national and international media, he is the host of the Out of the Shadows podcast on intelligence services and covert action.