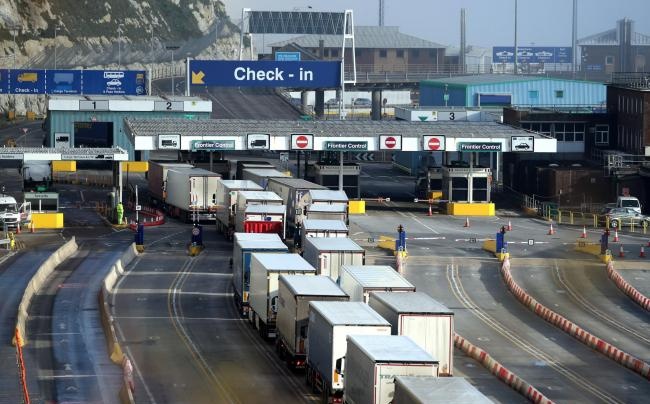 Written for the Center for Brexit Studies:

The striking feature of Brexit in the 11 days since the departure deal between the UK and the European Union is its absence from the headlines.

The Coronavirus surge across the UK — with daily deaths surpassing 1,300, cases closing on 70,000, and record hospital occupancy — has buried Boris Johnson’s announcement of an “amazing moment for this country”.

*The UK food and drinks industry raises concern about punitive tariffs on goods from the European Union, processed at British distribution hubs, that are re-exported to member states. One major producer says the issue will affect 25 to 30 of its trucks travelling each week from a British warehouse to Dublin.

Dominic Goudie, the head of international trade for the UK’s Food and Drink Federation, says, “Suppliers are being forced to cancel the delivery of products to customers in Ireland.” Jonathan Owens, who runs the Northern Irish grocer Causeway Organic, said he has suspended trading after learning of the “extra layer of red tape” in imports.

*A haberdasher’s in the West Midlands now has to list individually each and every piece of fabric, pattern, or sewing accessory in orders sent to the EU, taking up hours of staff time. Like many small businesses and consumers, the haberdashery is also paying a new UK tax — effectively a tariff — on most of its supplies from Europe.

*Robert Hardy of the Customs Clearance Consortium, a central figure in the UK’s Trusted Traders Scheme, e-mails his clients on 5 January: “There is a huge shortage of customs agents and whilst this might not be visible just yet, it will be from tonight as the pressure will be on export documentation. We understand that France have already started to send vehicles back for not having the correct documentation.”

Hardy says his company will no longer be raising export or import documents in mainland Europe for clients.

*In Northern Ireland, the leading UK supermarket chain Sainsbury’s is selling meat and other items with the brand of its rival Spar, as some Sainbury’s products are “temporarily unavailable for our customers…while border arrangements are confirmed”.

In Paris, Marks & Spencer shelves are empty of sandwiches and salads. The chain says new rules and regulations will “significantly impact” its ventures in Ireland, the Czech Republic, and France.

*A UK resident gets a note from the Royal Mail about a purchase from Germany, “Unfortunately we can’t deliver your item because there is a fee to pay.” The resident tweets about the charge, “That is £28.97 of sovereignty right there, Brexiteers.”

*More than 80,000 British-run websites are suspended because they have the European Union domain. Leave.eu, the major campaign for departure in the 2016 referendum, moves its internet registration to the Republic of Ireland to avoid becoming an inadvertent casualty of Brexit.

*A woman goes to the British media with a plea for her son, who suffers from severe epilepsy: the UK Government has banned the import from The Netherlands of the cannabis oil treating his condition.

With No Deal averted, Brexit was never going to be the terminal crash of a cliff jump without a political or economic parachute.

Instead, this is damage by a thousand cuts, inflicted each and every day on businesses, services, farmers, manufacturers, and consumers. Cuts which could be anticipated by all even as Johnson shouted “freedom”: as a EU official summarized about the distribution hub issue, “You can’t expect Brexit not to have consequences.”

But whether from a suspension of reality about those consequences or simple lack of preparation, UK authorities are in no position to apply remedies. Both importers and exporters are scrambling to get answers, with no luck so far.

The European Union does not appear to be in a rush to help out. Muriel Korter, the director-general of the EU’s association of chocolate, biscuits and confectionery (Caobisco), said an “immediate solution” is being sought: “Our EU-UK supply chains are so interdependent…especially businesses that have factories across the Channel and use the facilities to store goods and re-ship them.”

Paul Kelly, director of Food Drink Ireland, adds, “Companies are beginning to raise this across the industry. There’s still a lot of clarity that needs to be brought to the issue so people can make any necessary changes to their supply chain.”

And some matters are beyond remedy. Much of the distortion is because of the customs line “down the Irish Sea” which has put Northern Ireland into a special status: it is politically part of the United Kingdom but economically in the EU single market.

Boris Johnson flattered himself to deceive over that issue, notably during the General Election campaign in late 2019. The Government tried to erase the line with its ill-fated gamble of suspending the Withdrawal Agreement last September through the Internal Market Bill. But the line — or if you will, the trench in the sea — remains.

The Government’s salvation is that many in the UK might not feel the first cut, the second, or the third. A 4% relative drop in GDP, the consensus of economists, is abstract until it is felt in the home, workplace, or factory. As long as the M20 and A2 routes to Dover don’t become giant urine-soaked lorry parks, those trucks delayed at the ports — and those that have given up on the journey — are not politically inconvenient.

Ministers can maintain their facade chiding irrelevant “experts” with their Project Fear, and then throw out the illusory claim, the “dead cat” distraction, or diversionary soundbite. The Prime Minister holds a call with business leaders for the headline “Johnson Starts Charm Offensive to Sell Brexit Deal to UK PLC”. His staff use The Telegraph to jab, “‘Operation Bleach’ to Scrub EU from the Statute Book”.

And so empty promises — “There is no threat to the Erasmus scheme….There will be certainty for financial services” — and untruths can be left behind.

Or they can be updated with the latest deceptive proclamations, such as Johnson’s “[We have] already got substantial amounts of money coming back into this country, as a result of leaving the EU.”

It's been over a week since we left the #EU with a deal. Does anyone know what day last week the #NHS received it's first £350m? And will it be on the same day every week?#BrexitDeal #brexit #BrexitShambles pic.twitter.com/c9wgATXu7J

For many Ministers, including the one in 10 Downing Street, Brexit was always a vehicle to claim power in the short term. Now the task is to hold that power, so the priority is to defer any recognition, let alone consideration, of costs — in Johnson’s false words, “There will be no non-tariff barriers to trade.”

How long can that deferral be sustained?

Each day, there are fresh cuts. The parcel courier DPD UK has paused road delivery services into Europe. Debenhams, already in serious financial trouble, and other major retailers announce that they are suspending online sales to Ireland.

UK fishermen are halting exports to Europe because of new health certificates, customs declarations, and other paperwork. Donna Fordyce, chief executive at Seafood Scotland, says that Brexit arrangement have “really delivered what was expected – new bureaucratic non-tariff barriers, and no one body with the tools to be able to fix the situation”.

As Scotland bears the brunt of economic costs — with shocks to agriculture, industry, and business as well as fishing pointing to a 6% relative drop in GDP — the political reckoning of a UK break-up draws near. Support for Scottish independence and likely EU membership is growing, even as Johnson blusters that the Scots will have to “wait 40 years” for another referendum.

The political, cultural, and religious dynamics of Northern Ireland mean that union with the Republic rather than Great Britain is unlikely in the near-future. However, the impulse of economic integration, avoiding Brexit costs and reaping EU single market benefits, portends a reality of Dublin rather than London as the beacon for a Northern Irish future.

On Thursday, UK manufacturing and trade organizations met Cabinet Office minister Michael Gove in an emergency session about Boris Johnson’s “zero tariff” and “zero quotas” deal. The outcome, said one leading participant, was a “complete shitshow”. Another said Gove “seemed to realise the full gravity of the situation that is unfolding and about to get worse”.

The next day, Gove seemed to be preparing to take cover. While insisting that disruption has been minimal so far”, he continued, “The real challenge and potential for significant disruption starts next week when we expect that the number of lorries heading to the border may return to norm.”

But the Prime Minister this weekend? He is nowhere to be found, his self-declared “Operation Bleach” apparently erasing him rather than the references to the European Union.