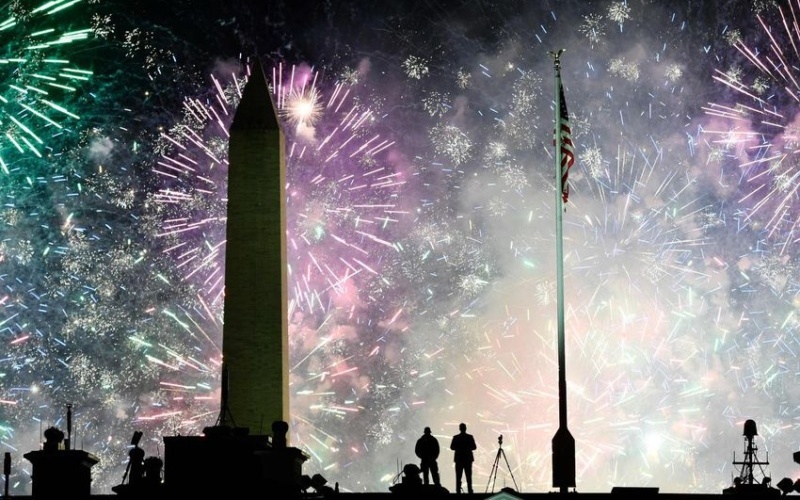 Two weeks after the symbolic burning of the US Capitol by the followers of his predecessor, in the midst of an out-of-control pandemic that has killed more than 400,000 Americans, Joe Biden — the 46th President of the USA — tried to contain the blaze in his Inaugural Address.

As aspiration, the speech was pitch perfect. Biden rightly took on the present of America’s most serious domestic crisis since the Civil War. Coronavirus, the Capitol attack, economic loss, immigration, climate change, and social injustice were confronted:

We’ll press forward with speed and urgency for we have much to do in this winter of peril and significant possibility. Much to do, much to heal, much to restore, much to build and much to gain.

Each fire was identified: “the virus that silently stalks the country”; “millions of jobs lost and hundreds of thousands of businesses closed”; “a cry for racial justice, some 400 years in the making”; “a cry for survival from the planet itself”; “the rise of political extremism, white supremacy, domestic terrorism”.

But what distinguished the speech beyond the essential was the sincerity with which it was delivered. Since the election, there has been a commingling of Biden’s personal narrative of loss with the damage that America has suffered. When he spoke of the “empty chair” and relatives who have died, it was from the heart and not the script.

So as he said in front of the Capitol, “My whole soul is in this”, there was no doubt — in contrast to the statements of his predecessor — that it is.

This was a President not insisting that he must be followed but one imploring all to contribute together: “I ask every American to join me in this cause. Uniting to fight the foes we face – anger, resentment and hatred. Extremism, lawlessness, violence, disease, joblessness, and hopelessness.”

Unity, the most prevalent word in Biden’s address — and there’s the rub.

Even as he said, “With unity we can do great things, important things,” Biden was glancing at the reality of a damaged America: “I know speaking of unity can sound to some like a foolish fantasy these days. I know the forces that divide us are deep and they are real.”

Hours earlier, the man who fed “the forces that divide us” not only refused to utter Biden’s name, but also said his mission of his “people” v. others will continue. Donald Trump declared, “We will be back in some form.”

It may not have defined policies or even a positive vision amid crisis, but Trumpism — at least, with those Americans emotionally invested in Trump and the politicians willing to exploit that investment — will stand in the way of unity. Already it is threatening to rip apart the Republican Party.

So the question: how does the Biden Administration proceed when unity is not possible? Biden’s “We have to be better than this….We must end this uncivil war” does not suffice; aspiration has to become action, with the knowledge that some will object.

Complementing Biden’s rhetoric are the executive orders and legislation set out in the days before the inaugural. Immigration reform will be accompanied by protection of almost 800,000 young Dreamers from deportation, a mandate to reunite children separated from parents, and a path to citizenship for millions of undocumented immigrants. The US will again be part of the Paris Accords on climate change and of the World Health Organization. The “Muslim Ban” is rescinded; Trump’s Wall with Mexico suspended. And Coronavirus will finally be confronted with coordination between the Federal, state, and local governments and a $1.9 trillion “American Rescue Plan”.

Words to a Waiting World

But where is America in the world in all this?

In his attention to domestic crisis, not a single word of Biden’s speech was devoted to foreign policy. Even the template invocations of American greatness, with one exception, stayed within its borders: “Through a crucible for the ages, America has been tested a new and America has risen to the challenge.”

There is historical precedent for the exclusive focus on home. In 1933 in the midst of the Depression, Franklin Delano Roosevelt also made no reference to the world as he said, “The only thing we have to fear is fear itself.”

Perhaps even more pertinently, in 1865 Abraham Lincoln said, a month before his assassination and two months before the end of the Civil War: “With malice toward none; with charity for all; with firmness in the right, as God gives us to see the right, let us strive on to finish the work we are in; to bind up the nation’s wounds.”

Beyond the inaugural, there are clues in Biden’s appointment of Obama-era pragmatists: Anthony Blinken as Secretary of State, Jake Sullivan as National Security Advisor, John Kerry in a special post for climate change. There will be no sweeping Biden Doctrine, nor a grand speech such as Barack Obama’s in Cairo or Ankara in 2009. Instead, the pragmatists will try to restore alliances, re-establish the “rules of the game” with countries such as China, Russia, and North Korea, and work case by case on immediate issues such as the Iran nuclear deal.

But for this day, and for the weeks and months to come, the foreign will primarily be an extension of the domestic challenges which Biden set out on “America’s day…democracy’s day”. Recovery of America’s damaged standing will come from success in putting the fires that are not just in the US: saving lives and vanquishing a virus, committing to a secure environment, tackling the inequities and divisions in the way of justice for all.

For as the world watched, Biden’s exceptional reference to an aspiration beyond the US came in his penultimate paragraph about the “American story” to be written:

That America secured liberty at home and stood once again as a beacon to the world. That is what we owe our forbearers, one another, and generations to follow.