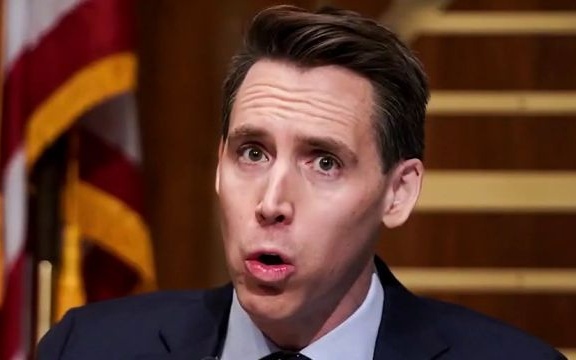 US Sen. Josh Hawley of Missouri has declared that he will object to confirmation of President-elect Joe Biden

At least 140 Republican legislators will vote on January 6 against counting the electoral votes that confirm President-elect Joe Biden’s victory over Donald Trump.

Two GOP House members gave the estimate about their colleagues to CNN.

They will join Sen. Josh Hawley of Missouri, who said on Wednesday that he will challenge the process to certify Biden’s Electoral College margin of 306-232, the third-largest over an incumbent President in US history.

There have been no credible allegations of widespread fraud or problems with mail-in ballots, despite the daily disinformation from Trump and his allies. The Department of Homeland Security has assessed that the November 3 vote was the “most secure” in US history, and Republican and Democratic officials across the State have validated the outcome. Attorneys for the Trump camp have lost 59 of 60 lawsuits, including two before the Supreme Court, with their only victory affecting just a few hundred votes in Pennsylvania.

Both a Senator and a House member are required to mount an objection. That will trigger floor debates in both the House and Senate before a roll-call vote on whether to accept the results.

Senate Majority Leader Mitch McConnell has privately urged Republican legislators not to raise the objection. He fears that it will unsettle GOP attempts to hold two Senate seats in Georgia on Jan. 5 — run-off votes that will be the difference between a slim Republican or Democratic majority — and tarnish the party as it faces a Biden Administration.

On Thursday, McConnell told legislators on a private call that he considered his vote on January 6 the most consequential one that he will ever cast, according to “two people familiar with the discussion”.

McConnell pressed Sen. Hawley to explain how he expected the objection to play out. But Hawley was absent.

He later e-mailed the legislators, explaining his intention to force a debate.

“A Loaded Gun Pointed at the Heart of Legitimate Government”

Sen. Ben Sasse of Nebraska wrote an open letter to his constituents, urging his colleagues to reject the objection campaign.

The President and his allies are playing with fire. They have been asking — first the courts, then state legislatures, now the Congress — to overturn the results of a Presidential election. They have unsuccessfully called on judges and are now calling on federal officeholders to invalidate millions and millions of votes.

If you make big claims, you had better have the evidence. But the President doesn’t and neither do the institutional arsonist members of Congress who will object to the Electoral College vote.,…

Let’s be clear what is happening here: We have a bunch of ambitious politicians who think there’s a quick way to tap into the president’s populist base without doing any real, long-term damage. But they’re wrong — and this issue is bigger than anyone’s personal ambitions. Adults don’t point a loaded gun at the heart of legitimate self-government.

The Wall Street Journal’s editorial board denounced the “kamikaze mission” and said “Republicans should be embarrassed by Mr. Trump’s Electoral College hustle”.

Even The New York Post, a diehard supporter of Trump during his Presidency, wrote on Monday: “Give it up, Mr. President — for your sake and the nation’s.”

However, more than a dozen GOP House members have publicly said they will object. They include Reps. Mo Brooks of Alabama, Jody Hice of Georgia, Jeff Van Drew of New Jersey, Joe Wilson of South Carolina, and eight legislators from Pennsylvania and four from Missouri.

New members who have joined the campaign include Madison Cawthorn of North Carolina; and Diana Harshbarger of Tennessee; and two supporters of the QAnon conspiracy movement, Lauren Boebert of Colorado and Marjorie Taylor Greene of Georgia.

On Thursday, Sen. Hawley used his maneuver to raise funds for his future campaigns for high office. Alongside a photo of him with Trump, he wrote, “We must ensure that one vote means one vote in America. I plan to object to the results of the Electoral College on Jan. 6, but I need your help.”