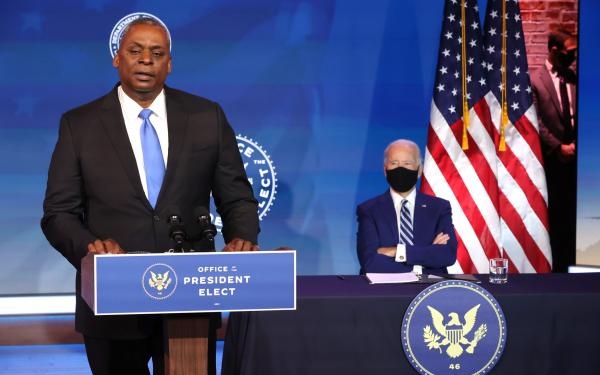 President-elect Joe Biden says his transition team is facing “obstruction” from parts of the Trump Administration.

Speaking from Wilmington, Delaware, Biden said agencies such as the Defense Department were not cooperating:

Right now, my team isn’t getting all the information that we need from the outgoing administration in key national security areas.

It’s nothing short of irresponsible. pic.twitter.com/T67NbgSFLl

The President-elect said his official “encountered roadblocks” from political leaders at the Office of Management and Budget as well as the Defense Department: “Right now, as our nation is in a period of transition, we need to make sure that nothing is lost in the handoff between administrations.”

It’s nothing short, in my view, of irresponsibility. My team needs a clear picture of our force posture around the world and our operations to deter our enemies. We need full visibility into the budget planning underway at the Defense Department and other agencies in order to avoid any window of confusion or catch-up that our adversaries may try to exploit.

Acting Defense Secretary Christopher Miller maintained that he and the department were continuing “to schedule additional meetings for the remainder of the transition and answer any and all requests for information in our purview”.

He claimed “164 interviews with over 400 officials, and provided over 5,000 pages of documents – far more than initially requested by Biden’s transition team”.

The transition was blocked for weeks as Donald Trump refused to accept the outcome of the November 3 election. The head of the General Services Administration, Emily Murphy, did not issue the letter of authorization until November 23.

But Biden’s team still struggled to get meetings and information from the the Pentagon. In mid-December, the transition’s executive director Yohannes Abraham cited “isolated resistance in some corners, including from political appointees within the Department of Defense” and “an abrupt halt in the already limited cooperation there”.

Acting Defense Secretary Miller claimed a “mutually agreed-upon holiday pause”, but Abraham said there was no such agreement.

The difficulty has been compounded by Trump’s placement of loyalists at the top of the Pentagon after the election. Trump fired Defense Secretary Mark Esper and purged the leadership. Then his team installed members such as Kash Patel, best known for his attempt to bury the Trump-Russia investigation; conspiracy theorist Anthony Tata; and Ezra Cohen-Watnick, a protégé of the disgraced former National Security Advisor Michael Flynn.

Last week, as he criticized Trump for dismissing the Russian hacking of Government agencies and private companies, Biden said, “The Defense Department won’t even brief us on many things.”

The truth is, many of the agencies that are critical to our security have incurred enormous damage. Many of them have been hollowed out — in personnel, capacity and in morale….

Right now, there’s an enormous vacuum. We’re going to have to regain the trust and confidence of a world that has begun to find ways to work around us or work without us.