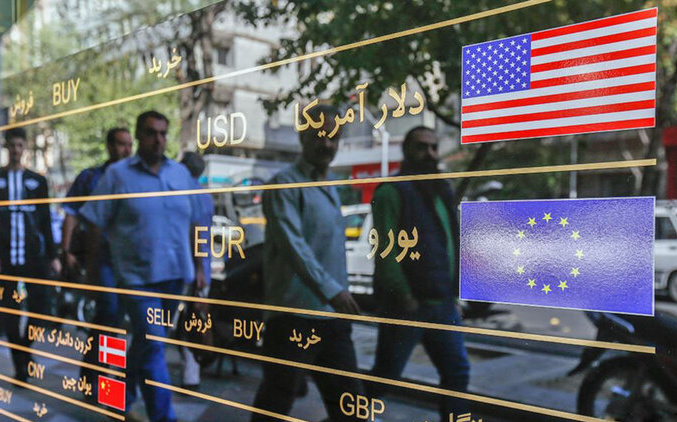 Iran’s currency rebounds as its leaders and people anticipate the defeat of Donald Trump in the US Presidential election.

On October 15, the Iranian rial hit a new historic low of 322,000:1, having lost more than half its value since March.

Central Bank intervention with an injection of foreign reserves brought a rebound to 288,000:1 within days, but the surge has come in the past 72 hours as Joe Biden seized the lead in the US vote. On Saturday at noon, the rial stands at 254,000:1.

For many Iranians, a Biden Administration brings the prospect of a US return to the 2015 nuclear deal, from which Trump withdrew in May 2018, and an easing of comprehensive American sanctions that have contributed to Tehran’s economic crisis.

Iranian media reported long lines at currency offices, “Many people have been selling their currencies since yesterday evening due to fear about further falling of the prices.”

That only sped up the cycle of the rial’s recovery against the dollar.

#Iran’s FM @JZarif: There're obvious differences between these two camps [of Democrats & Republicans], particularly during #Trump admin…we haven't seen much diplomacy during Trump, we've seen a lot of threats…What's important for us is not the tone & rhetoric, but the actions pic.twitter.com/45o0gFEIZW

He tried to project an Iranian advantage because of Trump’s withdrawal from the 2015 agreementbetween the Islamic Republic and the remaining 5+1 Powers (UK, France, Germany, China, and Russia: “The nuclear deal is not a revolving door…If the US wants to come back, it needs to gain a seat at the negotiating table.”

Deputy Foreign Ministry Abbas Araqchi echoed that “it is too early to talk about” an American return to the deal: “There are many challenges, but first we have to wait and consider likely new policies in the United States.”

Foreign Ministry spokesman Ali Rabi’ei put out a more hopeful message: “The one who takes office in the White House in January, with changing policy, can deconstruct the structure and the fabric created by Trump — the war on the JCPOA [nuclear deal] as well as the war on the livelihood and the welfare of Iranians.”

Defying the sharp fall in Iran’s oil exports and non-oil trade, Rabi’ei asserted: “Contrary to #Trump’s expectations, Iran not only did not collapse, but also experienced an oil-free economy via resistance….Any admin in US will have no more sanctions left to impose.”