EA in the Media: From US Election to Constitutional Crisis 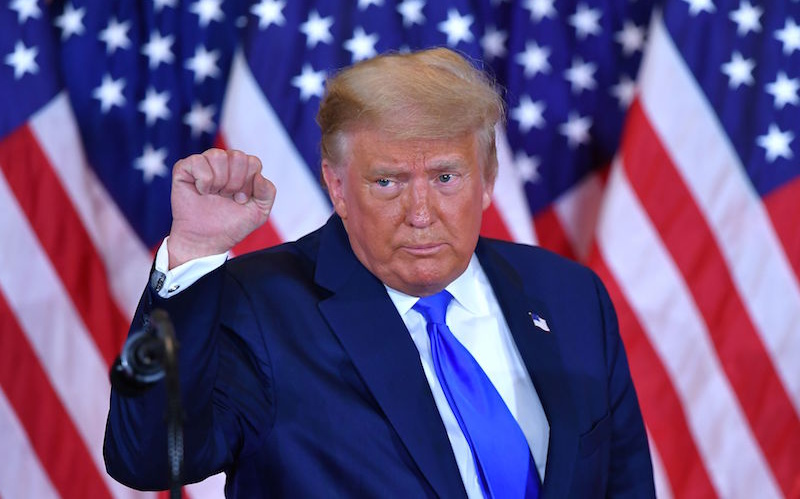 For months, Trump has laid the ground to contest this election in several ways.

I chatted with Diana Alghoul of The New Arab about how Donald Trump came close to winning a second term despite the damage of the Coronavirus pandemic.

Like a snake oil salesman, he sells comments such as “Make America Great Again”. He isn’t selling anything good for you or anything that works, but people want to believe it, so they buy it.

Trump got enough people to think that Coronavirus is not important and that a vaccine will be delivered soon. He worked on an “America can beat coronavirus like I did” basis — despite the University of Washington’s Institute for Health Metrics and Evaluation predicting that more than 500,000 lives could be lost to coronavirus in the US by February.

My conversation with Andrew Pierce of The Daily Show on whether the Supreme Court will back Donald Trump if he defies the outcome of the election.

There is a difference between a legitimate legal challenge and a challenge because you’re trying to defy or even break the system.

Will the Supreme Court back Trump if he loses the election? They might do just that…

An extract from my interview with Bloomberg about the seriousness of Donald Trump’s threat to the election and the US system:

A constitutional crisis greater than Watergate. That's the analysis of @ScottLucas_EA after President Trump said he would ask the Supreme Court to intervene, even as several U.S. states continue to count votes.
Check out the full podcast here: https://t.co/w7JXD6PAhg pic.twitter.com/4gAMDLFKWD

On Wednesday morning I spoke with Nick Ferrari of London’s LBC about the quick transition from the US elections to a Constitutional crisis, sparked by Donald Trump’s attempt to hold onto Presidential power.

After discussing the state of the undecided race between Democratic challenger Joe Biden and Trump, I look at Trump’s threat to suspend the counting of mail-in ballots, pursuing that attempt through the courts.

If Trump loses on the electoral front, can he succeed on the legal one, bending and possibly breaking the US system in the process?

US election: what will happen next? Politics professor Scott Lucas gives an illuminating prediction of the next stages in the race to the White House. @NickFerrariLBC | @ScottLucas_EA pic.twitter.com/pbkrJYoiva