Coronavirus — US Experts Forecast Post-Thanksgiving “Surge on a Surge” 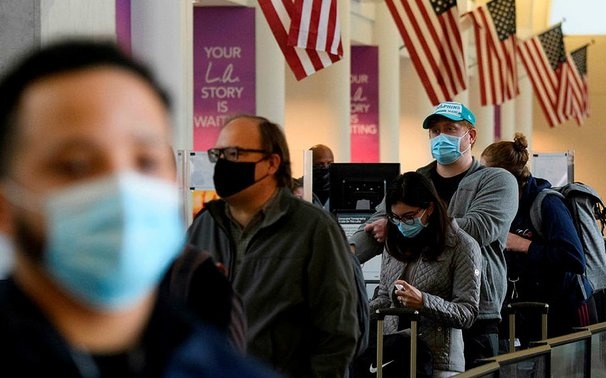 The US Government’s medical and public health experts warn of a post-Thanksgiving “surge on a surge”, after air travel for the holidays reached the level of 2018.

They said that it is still possible to blunt the extent of the rise with the wearing of masks and social distancing.

Dr. Deborah Birx, the White House Coronavirus coordinator ostracized by Donald Trump as he insists the US has “turned the corner”, said Americans must take it upon themselves to “protect yourself and your family”. She said steps should be taken even where state and city authorities do not require the steps, and addressed “incredibly independent and fabulous Americans” who are sceptical of the protections.

Birx said holiday travellers must “assume that you were exposed and you became infected and you really need to get tested in the next week”, pressing them to avoid anyone relative over 65 or with underlying illnesses.

She said that she hopes to brief the incoming Biden Administration on Monday.

Dr. Anthony Fauci, the Government’s top infectious diseases expert and also pushed aside by Trump, said, “We might see a surge superimposed upon that surge that we’re already in.”

North Dakota has now passed the grim milestone of more than 1 death per 1,000 residents, and South Dakota — with Trump ally Kristi Noem loudly opposing any containment measures — will soon be next.

All but three states continue to record “Uncontrollable Spread” of the virus. On Sunday, California was the first state to report more than 100,000 cases in a week.

“Fight of Our Lives”

Birx noted that, in a “second wave” just before the Memorial Day weekend in late May, there were less than 25,000 daily cases, only 30,000 hospitalizations, and less mortality.

The first thing you should do is close spaces where people cannot wear masks.

And we know where that is: that’s bars and indoor restaurants. Reduce capacity, you may have to close them. We have seen that this works.

Fauci pleaded for social distancing and wearing of masks:

It’s not too late If we can hang together as a country and do these kinds of things to blunt these surges until we get a substantial proportion of the population vaccinated, we can get through this.

He suggested that Thanksgiving travellers should now “quarantine yourself for a period of time”.

Adm. Brett Giroir, the head of US testing, ask returning travellers to cut down on unnecessary activity and to get tested. However, he said they were not required to quarantine unless exposed to someone with the virus.

New Jersey Gov. Phil Murphy said in his TV interview that residents are “in the fight of our lives”, with cases exceeding those of the spring when the state was an epicenter of the pandemic.

New Jersey and New York recorded more than half of America’s death in the first wave. Both had then led the country in containing the virus. However, over the past week, New Jersey’s cases have surged 28% with more than 4,000 per day — greater than April’s peak of 3,700. Hospitalizations are 60%, and deaths 78%.