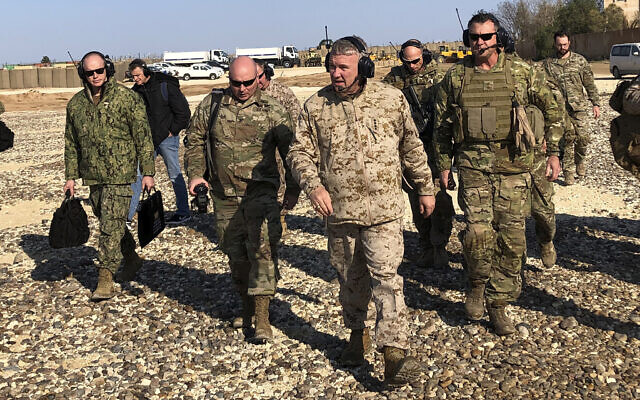 Assad regime media is claiming that four US soldiers were killed on Sunday by an explosive device in northeast Syria.

No non-Assad outlets are corroborating the claim, and the US army denied the report.

Colonel Wayne Marotto, the spokesman for the US-led coalition against the Islamic State, tweeted:

Syrian State news agency SANA asserted that the a US military vehicle was struck in the village of Markadeh on the road between Hasakah and Deir ez-Zor road. It declared that a translator was among those killed.

The agency said the dead troops were taken to a US based in the Shaddadi area of Hasakah Province, while American forces cordoned off the area and warplanes flew overhead.

US ground troops have been in Syria since 2014, initially alongside anti-Assad forces in the fight against the Islamic State. Since October 2015, the American personnel have worked with the Kurdish-led Syrian Democratic Forces.

Russia and the Assad regime have pressed for the withdrawal of the US forces. Donald Trump twice ordered a full departure, but the Pentagon has maintained about 1,000 personnel in northeast and east Syria.