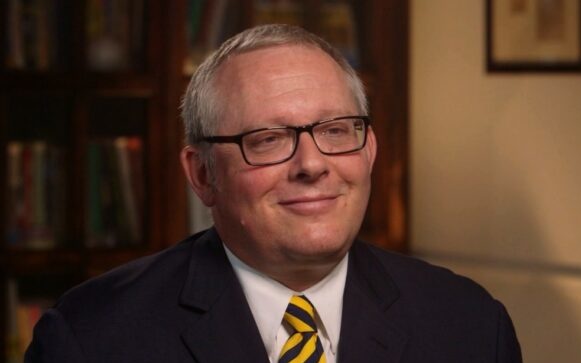 The Centers for Disease Control and Prevention has reversed misleading Coronavirus guidance, written by Trump appointees and posted on the CDC website.

The CDC acted on Friday, removing the recommendation that asymptomatic people should not be tested, even if they had been exposed to the virus.

The reversal came a day after the revelation that the Trump appointees imposed the guidance on the CDC, skipping rigorous scientific review.

Trump appointees wrote a misleading guidance from the Centers for Disease Control and Prevention about who should be tested for Coronavirus.

The guidance, issued last month, said people who were asymptomatic should not be tested, even if they had been exposed to the virus. It was heavily criticized by CDC scientists and posted despite their objections.

Amid a summer surge in the virus, public health experts were seeking more testing. But Administration officials lied that the guidance was from the CDC’s staff and had been revised with input from director Robert Redfield.

Officials told The New York Times that, in fact, the Department of Health and Human Services rewrote the guidance and “dropped” it into the CDC website, breaking the agency’s strict scientific review process.

“That was a doc that came from the top down, from the HHS and the [White House Coronavirus] task force,” said “a federal official with knowledge of the matter”. “That policy does not reflect what many people at the CDC feel should be the policy.”

Adm. Brett Giroir, the administration’s testing coordinator and an assistant secretary at the HHS, said that he “coordinated editing and input from the scientific and medical members of the task force” over a CDC draft.

But a senior CDC official confirmed that scientists’ objections to the HHS document were pushed aside, “We do not have the ability to make substantial edits.

Another document, backing Donald Trump’s political line about “the importance of reopening schools”, was dropped into the CDC website by HHS personnel in July.

The revelations come two days after the departure from HHS of Trump appointees Michael Caputo and Paul Alexander, who blocked and altered reports from the CDC.

The Deaprtment of Health and Human Services has announced that Michael Caputo is taking a 60-day medical leave.

The video rant from Trump appointee Michael Caputo (pictured), declaring that scientists are part of the “deep state” and — in league with the media and Democrats — “want Americans sick through November” to prevent Donald Trump’s re-election.

Caputo also says he is “under siege” because of his opposition to the “deep state” but does not care because he has Trump’s support.

NEW: We have the Michael Caputo video from Facebook Live.

Trump appointee Michael Caputo is considering his future as Health and Human Services spokesman after accusing Government scientists of “sedition”.

Since his appointment in April, Caputo has tried to quash or alter reports from the Government’s medical and public health experts, demanding that they following Donald Trump’s political lines. Last week he accused the Centers of Disease Control and Prevention of “ulterior deep state motives”.

But “a person familiar with the situation” said Caputo may now take a medical leave of absence.

On Tuesday, Caputo told dozens of staff members that he was under stress because of questions about his physical health, and claimed threats to his safety and that of his family. He apologized for embarrassing Health Secretary Alex Azar and the department.

In the Facebook rant, Caputo said the CDC was harboring a “resistance unit” dedicated to ousting President Trump. He urged gun-owning followers to buy ammunition because “it’s going to be hard to get”.

The spokesperson enjoined followers to release his video statement if “anything should happen” to him.

While some White House officials were reportedly unhappy about the remarks, Donald Trump made no move to discipline, let alone remove Caputo.

Health Secretary Azar said Caputo is a “valued” member of the Coronavirus response team: “Obviously, some of those statements are concerning, [but] I’m not going to comment on somebody’s personal social media posts.”

Donald Trump’s political appointees are interfering with the Coronavirus reports of the Centers for Disease Control and Prevention.

The pressure began when Michael Caputo (pictured), a former Trump campaign official with no medical or scientific background, was installed in April as the spokesperson for the Department of Health and Human Services.

The appointees demanded the right to review and alter the weekly scientific Morbidity and Mortality Weekly Reports. They openly complained, to CDC Director Robert Redfield and other senior officials, that the reports would undermine Donald Trump’s messages about the pandemic.

Caputo said of the demands, “Our intention is to make sure that evidence, science-based data drives policy through this pandemic — not ulterior deep state motives in the bowels of CDC.”

E-mails and “three people familiar with the situation” testify to the pressure. CDC officials resisted the most sweeping changes, but have increasingly allowed the appointees to review the reports and, in a few cases, compromise on the wording. The latest attempts at changes were made just over a week ago.

The Morbidity and Mortality Weekly Reports are the main vehicle for the CDC to inform doctors, researchers and the general public about the spread of Coronavirus and who is at risk.

Caputo and his team tried to include caveats to CDC’s findings and to alter reports which they insisted had wrongly inflated the risks of Coronavirus. They tried to halt the release of reports, including on the anti-malarial drug hydroxychloroquine which Trump has pushed as a wonder cure.

The CDC’s report considered how doctors were prescribing hydroxychloroquine before the Food and Drug Administration withdrew emergency authorization, after studies showed the drug was ineffective and had life-threatening side effects such as interruption of heart rate.

The report was finally published in early September, stating that “the potential benefits of these drugs do not outweigh their risks”.

One of Caputo’s aides declared, in an e-mail to Director Redfield, that CDC scientists for were using the reports to “hurt the President”.

Paul Alexander wrote on August 8, “CDC to me appears to be writing hit pieces on the administration.” He demanded that Redfield modify two published reports, insisting that they wrongly inflated the risks of Coronavirus to children and undermined Donald Trump’s push for full reopening of schools.

“CDC tried to report as if once kids get together, there will be spread and this will impact school re-opening….Very misleading by CDC and shame on them. Their aim is clear,” Alexander wrote.

The appointee demanded that Redfield ensure an “immediate stop” to the weekly reports until Alexander could personally review a full draft before publication. An assistant professor of health research at McMaster University in Canada before Caputo hired him as a scientific advisor, Alexander said he should be able to make line edits.

“The reports must be read by someone outside of CDC like myself, and we cannot allow the reporting to go on as it has been, for it is outrageous. It’s lunacy,” Alexander proclaimed, “Nothing to go out unless I read and agree with the findings how they, CDC, wrote it and I tweak it to ensure it is fair and balanced and complete.”

Last week Alexander tried to direct the public statements of the Government’s top Coronavirus expert, Dr. Anthony Fauci. He directed press officers and other staff at the National Institutes of Health on what Fauci should say during media interviews.

Alexander e-mailed on August 27: “I continue to have an issue with kids getting tested and repeatedly and even university students in a widespread manner…and I disagree with Dr. Fauci on this. Vehemently.”

Coronavirus — Trump Officials Trying to Shut Up Dr. Fauci About Risks to Children

He then asked the CDC to change its definition of “pediatric population” for a report on Coronavirus-related deaths among young Americans: “Designating persons aged 18-20 as ‘pediatric’ by the CDC is misleading. These are legal adults, albeit young.”

Asked by POLITICO about the pressure, Caputo described Alexander as “an Oxford-educated epidemiologist” who specializes “in analyzing the work of other scientists”: “He has been encouraged to share his opinions with other scientists. Like all scientists, his advice is heard and taken or rejected by his peers.”

Caputo repeated his line about plotters in the CDC against Trump:

Buried in this good work are sometimes stories which seem to purposefully mislead and undermine the President’s Covid response with what some scientists label as poor scholarship — and others call politics disguised in science.