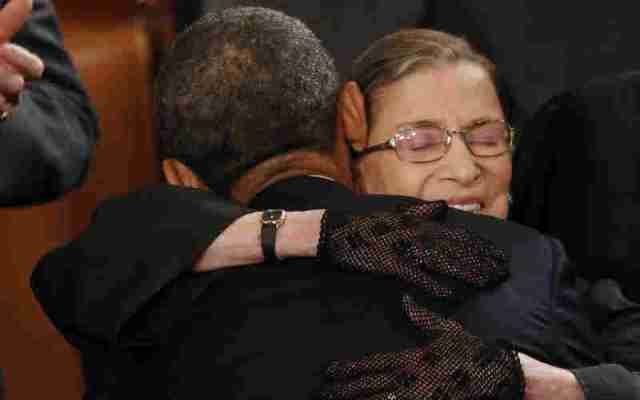 I joined BBC Radio Scotland on Saturday to discuss the legacy of Supreme Court Justice Ruth Ginsburg, and whether it can be preserved against a rush by Donald Trump and Senate Majority Leader Mitch McConnell to approve an arch-conservative replacement before the November 3 election.

Alongside Phillips O’Brien of the University of St. Andrews, I also consider the UK Government’s folly — through its illegal revision of the Withdrawal Agreement with the European Union — in sabotaging its hopes for a trade deal with the US.

See also TrumpWatch, Day 1,338: Obama — No Replacement of “Inspirational” Ginsburg Until After Election

This woman who was in her 80s was beginning to inspire not just women but men who were 60 and 70 years younger than her — “Look, we can do this. We can make this a better country. We don’t have to separate law from politics. At the same time, we don’t have to politicize the law and make this a recurring battle between conservatives v. liberals.”