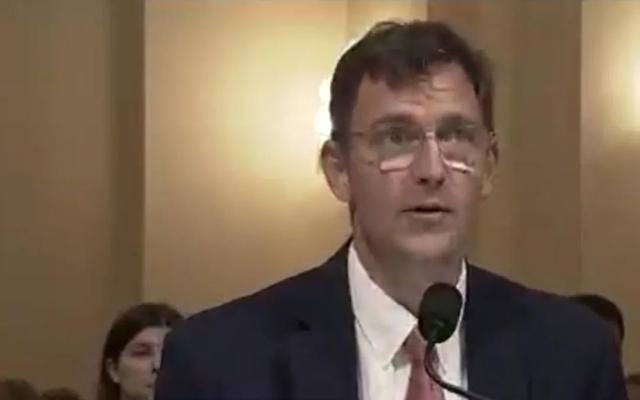 A top Homeland Security official says Trump appointees regularly blocked or censored reports on Russian influence operations in the US, and on white supremacist movements.

The 24-page complaint was filed on Tuesday by Brian Murphy, who was Homeland Security’s Undersecretary for intelligence and analysis before he was demoted last month. It describes alleged abuses and violations by current and former heads, including former Secretary Kirstjen Nielsen, current Acting Secretary Chad Wolf, and Acting Deputy Secretary Ken Cuccinelli.

Murphy said he was instructed to halt assessments because they were making “the President look bad”. Wolf ordered a suspension in May of analyses on Russian interference, instead focusing efforts on China. According to Murphy, the Acting Secretary was the messenger for a command from National Security Advisor Robert O’Brien.

Murphy said he refused to comply because the suppression of the assessments “would put the country in substantial and specific danger”.

In July, Wolf told Murphy to avoid dissemination of a report on a Russian disinformation campaign, smearing Democratic Presidential nominee Joe Biden as mentally deficient, because it “made the President look bad”.

Murphy said it was “improper” to hold back intelligence because of “political embarrassment”, but was pushed out of the analysis process. A modified report was leaked to the media that equated Russia’s actions with those of China and Iran “in a manner that is misleading and inconsistent with the actual intelligence data”.

Cuccinelli also asked Murphy to alter intelligence reports “outlining high levels of corruption, violence and poor economic conditions” in Honduras, Guatemala and El Salvador. Those reports have been used to support the claims of migrants seeking asylum in the US.

Cuccinelli then ordered Murphy and top intelligence official David Glawe to hand over names of “deep state” employees who put together the reports so they could be fired or reassigned. Murphy refused.

Murphy was moved in August to the Homeland Security’s management division, as his office compiled intelligence reports on anti-racism protesters and journalists in Portland, Oregon. The Undersecretary said he was transferred because he raised concerns to superiors about directions he was given and because cooperated with the department’s Inspector General.

Democrats on the House Intelligence Committee have asked Murphy to testify in private on September 21, and may hold a public hearing before the November 3 elections. Rep. Adam Schiff, the Committee chair, said, “We will get to the bottom of this, expose any and all misconduct or corruption to the American people, and put a stop to the politicization of intelligence.”

Schiff noted that the Trump Administration has ordered a halt to in-person briefings of legislators about election security threats, including from Russia.

White House spokeswoman Sarah Matthews maintained that National Security O’Brien had “never sought to dictate the intelligence community’s focus on threats to the integrity of our elections or on any other topic”. She belittled Murphy as a “disgruntled former employee” whom O’Brien had never heard of.

Homeland Security spokesman Alexei Woltornist said, “We flatly deny that there is any truth to the merits of Mr. Murphy’s claim. DHS looks forward to the results of any resulting investigation, and we expect it will conclude that no retaliatory action was taken against Mr. Murphy.”