Iran Vice-President: “We Cannot Sell Even a Drop of Oil” 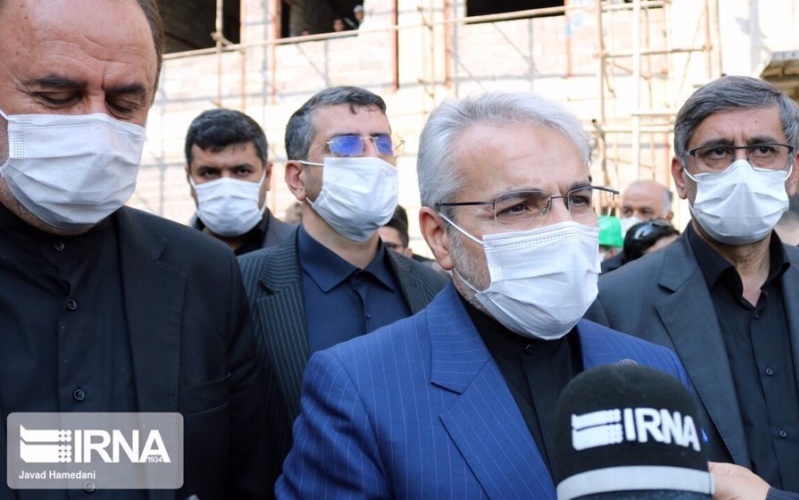 In a telling admission about the extent of Iran’s economic problems, Vice President Mohammad Baqer Nobakht (pictured) has said the Islamic Republic cannot sell even a “drop of oil” because of comprehensive US sanctions.

Nobakht, who is the director of the Planning and Budget Organization, said on Thursday, “The harshest phase of sanctions were oil-for-food sanctions but today we are in a condition in which these murderous and malicious [powers] prohibit the sale of a drop of oil for even food or medicine.”

The Trump Administration says that food and medicine are exempt from the sanctions, imposed in November 2018 six months after the Administration’s withdrawal from the 2015 nuclear agreement. However, US restrictions on international financial exchanges have limited Iran’s import of essential items, with only a few isolated deliveries from Europe.

Nobakht said, “Even if there is a sale of oil, they seek to make financial transactions impossible.”

With long-term internal problems compounded by sanctions, Iran’s productivity, investment, trade, and employment have sagged. Even trade with its largest customer China is affected, with Iranian exports down 53% compared to last year.

The Government has tried to cover its large budget deficit with sales of oil on the domestic Energy Exchange and marketing of oil bonds to the public, but Parliament and judiciary heads blocked the measure last month.

Nobakht said, “Everyone, especially the Leader of the Islamic Revolution Ayatollah Seyyed Ali Khamenei, knows that we face a tough year ahead of us.”

But he covered his admission with loyalty to the Supreme Leader’s proclamation of the Iranian year as one of “Surge in Production”: “We must make the enemy understand that the more they seek to pressure us, we show the world more resiliently and actively that we are managing the country at the height of sanctions.”

The International Monetary Fund has projected that, amid the Coronavirus pandemic, Iran’s GDP will fall 12% this year on top of a 7.6% decline in 2019.

The Statistics Center of Iran assessed that GDP in the second quarter of 2020 fell 3.5%, compared with the same period last year.