How Can We Properly Remember in the Time of TikTok Holocaust? 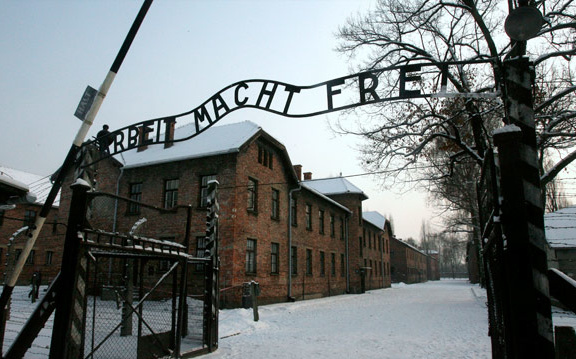 The front gate at the Auschwitz concentration camp

Some used makeup to simulate bruises or burns. Others dressed in imitations of the striped uniforms of the concentration camps or wore a yellow star imprinted with the word “Jude” (Jew) – a reference to the symbol that Jewish people were forced to wear in Nazi Germany.

The Auschwitz Birkenau Memorial and Museum (ABMM) said that the videos were “hurtful and offensive”. But it noted that for some, they represented a “need to find some way of expressing personal memory”.

The trend sparks questions about what the right way to respectfully remember traumatic events in the past, and how first-person accounts can be used to achieve that.

First person accounts by someone who lived the experience they are retelling are known as “testimonies”. Testimony circulates through culture in multiple ways. Alongside the live accounts by survivors of mass violence, we find it in video archives, autobiographical writing and innovative digital forms. It is incorporated into poetry, theater, fiction, and art.

As interviewers, artists and audiences engage with these testimonies from survivors. They become witnesses to the witness and part of a larger community of remembrance. If the memory of the Holocaust is to continue, recording those stories in different media is essential.

The young people making the TikTok videos draw from accounts about the Holocaust circulating in their cultural environment, such as films like Steven Spielberg’s Schindler’s List. The videos are part of the “point-of-view” (POV) meme, in which the creator positions the viewer as the main character in the story. We can understand this as an attempt by the creator to foster empathy on the part of the viewer.

Holocaust literature scholar Carmelle Stephens notes that knee-jerk reactions against the use of new media for representations of the Holocaust are common. What we need to ask is if the medium fulfils the aim to educate and commemorate. These questions are in essence about ethics and education. Despite the (potentially) good intentions on the part of the TikTok creators, I would argue that they fail on both counts.

In terms of ethics, there are two key issues: appropriation and authenticity. The creators of the TikTok videos are performing violent and traumatic experiences that are not their own. This is also true of artistic representations that are not produced by survivors themselves. However, the POV format in a 15-second video does not provide the reflective space to do justice to what creators seek to present, unlike mediums like theater, film, poetry, or art.

The creators attempt to simulate the victim experience through makeup and clothing. The impression is one of a particularly macabre form of “cosplay”, rather than a critical or commemorative engagement with the past.

When we talk about authenticity concerning testimony, we do not necessarily mean that an account is completely accurate in its relaying of historical facts. What we mean is that a survivor conveys the historical events as they experienced them and that they are genuine in their commitment to retelling the truth of that experience. In this way, testimony can tell us about the impact of mass violence on the individual.

Secondary witnesses, those engaging with the testimony of others, have an ethical duty to reflect that aspect of testimony. The subjective response of survivors to what they have experienced is difficult and challenging. It might be addressed through thoughtful artistic practice, but cannot be reduced to a 15-second meme.

It is also questionable whether this form of engagement can educate. The POV format attempts to engage the viewer in a kind of role play. The aim appears to be to promote empathy to help the viewer better understand the experience of the victim. Memory studies academic Alison Landsberg developed the concept of “prosthetic memory” to explain how empathy gained through engagement with immersive media might foster political action on behalf of others. Empathy can thereby play an important role in the aim of Holocaust education to prevent discriminatory practices and violence against minorities.

But empathy is not a straightforward concept. Drawing on the work of philosopher Amy Coplan, I have developed a model of empathy for engaging with testimony in the classroom that is based on the idea that it should be “other-oriented” if it is to be politically effective in this sense.

Students should feel with the survivors of mass violence and recognize the emotions they are conveying (fear, anger). But they should recognize and imagine those experiences from the perspective of the other person. They should try to understand what it was like for “them”, not what would it have been like for “me”. This kind of engagement requires critical distance, which is rarely achieved through simplistic role playing.

These criticisms do not mean that the young creators of these videos deserve to be shamed or vilified. It does mean that we need to ensure that alongside teaching the historical facts of the Holocaust (which remains crucial), we need to educate young people about the ethics of commemoration.

We do not need to ban any particular medium. The very successful Echo Eternal project, which began in West Midlands schools in 2018 and 2019, shows how young people can work with survivor testimony to produce sensitive and ethical engagements across different art forms, including dance, textiles and rap.

But we need to encourage reflective practice about the medium in which testimony is delivered. This requires a joined-up approach, which addresses these issues in history, English, drama, religious studies and PSHE (personal, social, health and economic education). A broad understanding of testimony allows us to see the connections across the curriculum and ensure that young people are fully supported in their wish to remember. 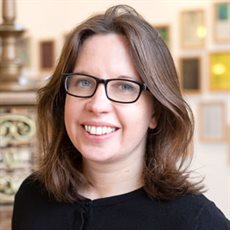