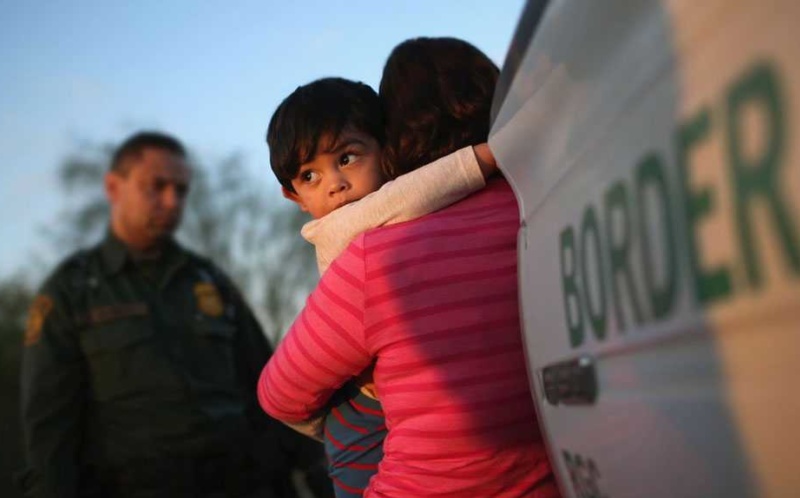 Trump Administration officials use a Coronavirus measure to expel about 8,800 unaccompanied immigrant children from the US along the Mexico border.

A document filed with the 9th US Circuit of Appeals on Friday revealed the children are among more than 159,000 people expelled from the US since March.

More than 7,600 adults and children who crossed the border in families are among those thrown out, despite the right to claim asylum.

Raul Ortiz, the deputy chief of the US Border Patrol’s deputy chief, submitted the document as part of the Trump Administration’s appeal against an order to stop housing children in hotels.

Ortiz wrote that the Administration “immediately” expelled most children and families to Mexico, but more than 2,200 unaccompanied children and 600 people who came in families were held until flights could be arranged.

Since implementation of the order, only 1,600 family members and 1,500 unaccompanied minors have been allowed regular immigration proceedings .

US District Judge Dolly Gee found the use of the hotels skirted “fundamental humanitarian protections”. She ruled that the long-term detention violated the Flores settlement from 1993, which established the rules for treatment of children in custody, and ordered border agencies to stop placing children in hotels by Tuesday.

Justice Department attorneys argued that the Flores settlement does not apply during a public health emergency.

Taking Protection Away From Children

The numbers are stunning.

Having talked to so many kids who come here seeking asylum and knowing the fear that they have and what they’re fleeing, to find out that our government has literally taken children who are seeking protection and sent them back to the very places they fled in such high numbers really took my breath away.

Toczylowski rejected the arguments of the Border Patrol official and Justice Department lawyers, “It’s laughable that the only option is to hold children in hotel rooms before expelling them and to say that it stops the spread of Coronavirus.”

Since taking office, the Trump Administration has systematically targeted migrants and refugees from Central America.

Defying international law, the Administration has established practices effectively blocking the right to claim in asylum. After months of negotiation and pressure, it pushed Mexico into holding many of the migrants before they could reach the US border.

Tens of thousands of migrants and refugees have been held in detention centers with sub-standard conditions, including overcrowding, poor hygiene and lack of running water, and inadequate food.