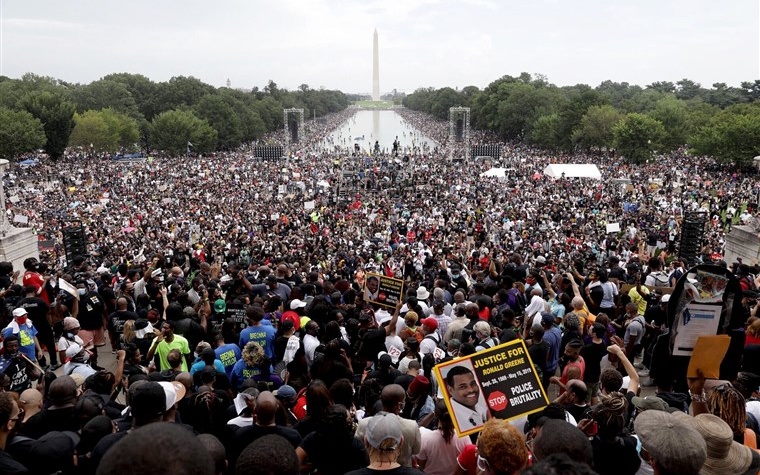 Marchers for civil rights and justice in the March on Washington, August 28, 2020 (Julius Constantine Motal/NBC)

I joined BBC Radio Scotland on Tuesday to examine issues v. damaging spectacle — and Joe Biden’s “justice, safety, and responsibility” v. Donald Trump’s stoking of violence — in coverage of the US elections.

Will Trump succeed in leading media by the nose for his “culture wars”, covering up Coronavirus, the economy, and civil rights? Or can there be information and understanding about the issues in the most important US vote since 1945?

There’s an unfortunate clue in Radio Scotland’s framing, following Trump’s language, of “riots” rather than the anti-racism marches of Black Lives Matter. From there, the University of Glasgow’s Chris Carman try to bring in light over darkness to the discussion.

He’s hoping that you will ignore Joe Biden who, just yesterday, in a powerful speech condemned violence on all sides and then said, “We need justice. We need safety.”