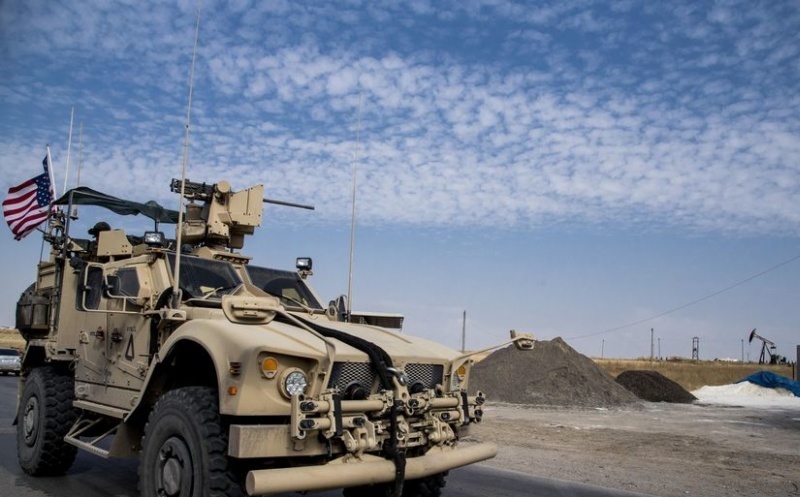 The Turkish Foreign Ministry has now condemned an oil agreement between the US company Delta Crescent Energy and the Kurdish administration in northeast Syria to market oil output.

The Foreign Ministry accused the Kurdish militia YPG of dividing Syria and exploiting its natural resources.

“We regret the US support for this step that ignores international law and that targets Syria’s territorial integrity and sovereignty,” the Ministry said.

On Sunday the Assad regime’s Foreign Ministry denounced “in the strongest terms the agreement “to steal Syria’s oil under the sponsorship and support of the American administration. This agreement is null and void and has no legal basis.”

About 70% of Syria’s oil resources lie within the Kurdish-controlled territories, with 11 large oil fields on the eastern side of the Euphrates River.

ORIGINAL ENTRY, JULY 31: The US company Delta Crescent Energy has reportedly signed an agreement with the Kurdish Autonomous Administration in northeast Syria to market the region’s oil.

“Well-placed sources with close knowledge of the deal” told the Al-Monitor site that the agreement was signed last week “with the knowledge and encouragement of the White House”.

Sinam Mohamad, the representative to the US of the Kurdish-led Syrian Democratic Council, confirmed the deal.

Most of Syria’s oilfields are in the Kurdish-controlled northeast. The Assad regime and Russia have periodically tried to get control. However, in February 2018 hundreds of pro-Assad troops, including some Russians, were killed by US warplanes when they tried to advance on a large field in Deir Ez-Zor Province.

See 200 Russians Killed by US Airstrikes in Syria? Maybe Not.

Since then, Russia and the Assad regime have focused on political moves and pressure seeking US withdrawal of support from the Kurdish-led Syrian Democratic Forces, who guard the fields. Donald Trump has twice ordered the removal of all US personnel, but has been checked on both occasions by the Pentagon.

Sources said Sen. Lindsey Graham, a close Trump friend, spoken with the SDF’s commander-in-chief Gen. Mazloum Kobani on Wednesday. Kobani spoke about the deal and asked Graham to give details to Trump.

.@LindseyGrahamSC says he spoke to SDf leader Mazloum yesterday and they’ve signed an agreement with an american oil company to develop the fields in that area.

Secretary of State Mike Pompeo told Graham in a Senate Foreign Relations Committee hearing on Thursday, “The deal took a little longer senator, than we had hoped, and now we’re in implementation.”

Sources said the US Government has agreed to provide two modular refineries to the Kurdish Administration, providing 20% of need, but delivery has been held up by the Coronavirus pandemic.

According to the unnamed officials, US special envoy James Jeffrey has informed Turkey and Ankara had not reacted negatively. Russia has also been told. The Kremlin has not reacted, though one source said certain fields were excluded from the deal to ensure that the people in regime-held areas were “not deprived of their share of the oil”.

When the Syrian uprising began in March 2011, the country produced about 380,000 barrels of crude oil per day. Production is now about 60,000 bpd, much of it from makeshift refineries and moved by leaking pipelines.

The Kurdish Administration sells some of its output to the Assad regime and some to the Iraqi Kurdistan region.