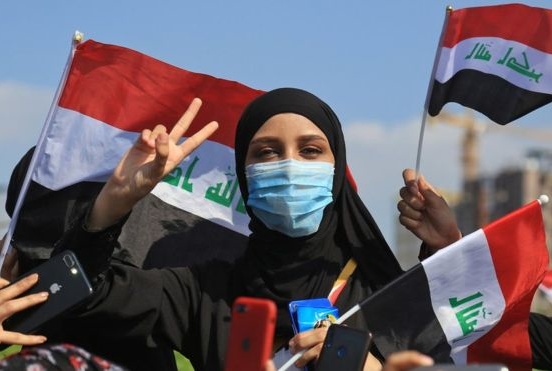 On Wednesday, The New York Times published a lengthy report from the veteran foreign correspondent Robert Worth, “Inside the Iraqi Kleptocracy”.

The article is a scathing indictment: of a failed Iraqi system more than 17 years after the US-led invasion and the fall of Saddam Hussein; of menacing Iran-backed militia, “a new breed of parasite”, seeking control and profits; of the Americans; and of local “political bosses who preside over this graft”.

Worth summarizes, “Iraqi political life may look like gang warfare to outsiders, but on most days its turbulent surface conceals a calm and cheerful business of looting.”

But have Iraqis noticed the searing report? I approached an Iraqi activist, dedicated for years to civil society and the fight against corruption. For his security and that of his family, I have withheld his name.

Robert Worth’s Inside the Iraqi Kleptocracy is perhaps the first in-depth feature article on the corruption that has plagued Iraq for years now. It is an indictment of Iran-backed militias whose power exceeds that of the state so much so they have technically become the state. The manifestations of this corruption are money laundry, theft, smuggling, fake and unfinished projects, to name but a few.

Political parties in Baghdad and in Kurdistan are all complicit. The US also plays a part in providing the money that has sustained money laundry activities, enriching parties, militias and their leaders at the expense of the people.

As soon as the piece was published by the NYT, it went viral on Iraqi social media through partial translations shared by several Iraqi activists, bloggers and journalists on their social media accounts. The information is nothing new to Iraqis. On the contrary, it is only the tip of the iceberg of Iraq’s current state of affairs.

The meanings inherent in Kleptocracy, an unusual label framing Iraq in western media, are literally how Iraqis describe the post-2003 status quo. But the devil is in the details, and speaking out in Iraq comes with a heavy price.

Herein lies the significance of the piece: in its impact reaching a wider audience and in the overdue recognition it gives to the brave young protesters who have dared to confront parties and their militias since last October.

Since then, hundreds have been killed, injured, arrested, or forcibly disappeared. On July 6, Hisham al-Hashimi, prominent Iraqi researcher and security expert, was assassinated near his house in Baghdad. He was killed after he dared to speak and write about the full control of the militias on Iraq’s institutions, calling them the “non-state” who are in conflict with the state. Despite Prime Minister Mustafa al-Kadhimi’s pledge to hold the perpetrators accountable, nothing has been achieved.

Iraqis have become accustomed with empty promises. Even as Khadimi attempts to fulfil one of his promises — setting a date for snap elections next year — this remains pointless unless a fair election law is approved and weapons are taken from armed groups.