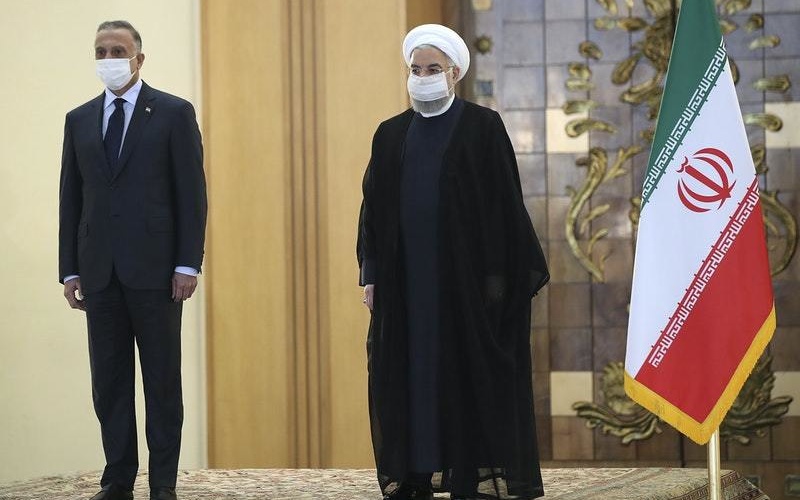 In the latest blow to Iran’s crippled economy, Tehran’s non-oil exports to neighboring Iran have dropped 40%.

The Secretary General of the Iran-Iraq Joint Chamber of Commerce, Hamid Hosseini, announced the fall for the second quarter of 2020, compared with the same period last year, to goods worth $1.45 billion — a reduction of 40% in volume and 38.3% in value.

Hosseini blamed US Government sanctions and the closure of border crossings because of the Coronavirus outbreak.

Seven crossings have been reopened, and the eighth, Chazzabeh in Khuzestan in southwest Iran, was scheduled to reopen on Sunday.

The second-quarter decline undercuts President Hassan Rouhani’s proclamation of a target of $20 billion annual trade, and the declarations over economic co-operation in the recent visit by Iraqi Prime Minister Mustafa al-Kadhimi to Tehran.

Iraq is Iran’s second-largest trading partner after China. In the first quarter of 2020, the Islamic Republic’s exports to Beijing fell 53% compared to last year.

Iranian officials have said the trade with Iraq has been $12 billion a year, but stopped providing data at the start of 2019.

US sanctions threaten any foreign company trading with Iran; however, exemptions have been granted for Tehran’s supply of electricity to Iraq.

With loss of up to 95% of oil exports since 2018 and long-standing internal issues, Iran is facing critical issues with production, investment, trade, and employment. The currency has set a historic low with a loss of more than 80% in value since 2018 and 35% since March.

The International Monetary Fund forecasts an 11% drop in GDP this year, on top of a 7.6% contraction in 2019.,