Iran Daily: Regime’s “All Is Well” Over Collapsing Currency 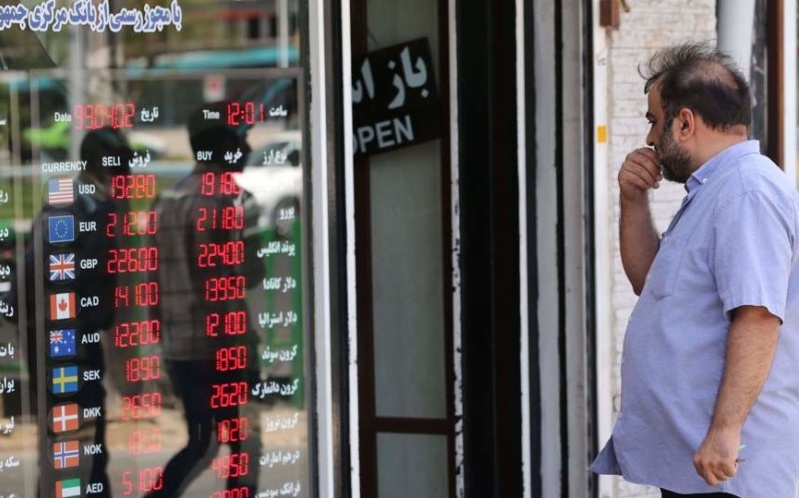 Iran’s officials have put out a series of “all is well” messages over the collapsing currency, but the statements have had little effect.

Amid long-term economic problems and a drop of up to 95% in oil exports, the currency has fallen almost 35% this spring. It has broken the previous all-time low of 180,000:1, set just before the Trump Administration imposed comprehensive sanctions in November 2018.

The Rouhani Government’s spokesman Ali Rabaei told reporters on Tuesday that the situation was improving because countries had released some of Iran’s frozen assets.

However, when asked to name the countries, Rabaei could not offer a single one. He said a list will be provided in the future.

The spokesman also contradicted the statement of 1st Vice President Es’haq Jahangiri that Iran’s oil revenues have fallen from $100 billion to $8 billion in the past year.

Rabaei claimed that the export situation is improving, and that non-oil exports will also return to their peak.

Iran’s petrochemical sales, a key part of its non-oil exports, are down 30%. Exports to China, the Islamic Republic’s biggest customer, have fallen 53%, and trade with Turkey is down 70%.

Central Bank Governor Abdolnasser Hemmati, who has blamed Coronavirus and frozen assets for the crisis, insisted on Tuesday that it is a passing situation.

And President Hassan Rouhani said the collapsing rial was a “bubble”, with the economic position soon calming: “The shock created in the foreign exchange market is temporary and has no fundamental economic reason and balance must return to the exchange market.”

Rouhani said the crisis was because of psychological warfare by Iran’s enemies, saying the devaluation had no economic logic.

State and semi-official media tried to proclaim a recovery after the Government injected $55 million in foreign currency into the exchanges on Tuesday.

The semi-official outlet Tasnim declared that the rial was down to 196,000:1 — still more than 40% below its rate in March — and that people were queuing to sell foreign banknotes.

But the regime’s concern was evident in a Central Bank warning that it will publish the names of exporters who have refused to exchange hard currency earned from foreign trade.

The Government maintains a subsidized rate of about 42,000:1 v. the US dollar for importers and exporters of goods that are deemed essential.

The Bank also increased the interest rate for deposits from 10% to 12%.