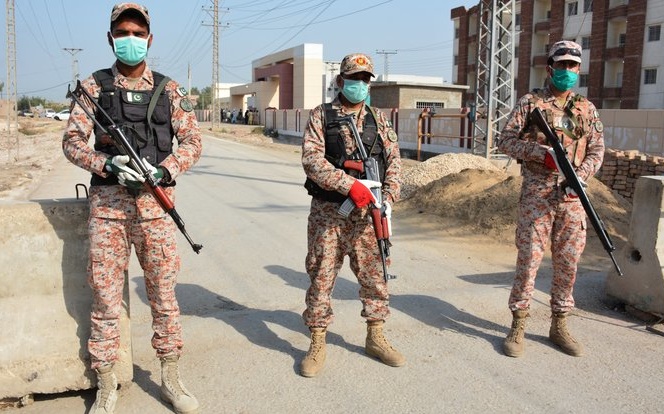 The Iran-Pakistan border problem is back.

In May this year, three separate terrorist attacks in Balochistan Province killed at least 13 security personnel of Pakistan’s paramilitary Frontier Corps. The attacks are the latest in a long saga of Pakistan-Iran cross-border infiltration, in which a number of personnel from Iran’s Islamic Revolutionary Guards Corps and Pakistan’s FC have been slain and injured.

The two countries share Balochistan and a porous border that has a history of criminal activity linked to human trafficking, the narcotics trade, and smuggling as well as separatist groups. Since 2002, militant factions such as Jundullah and later Jaish ul-Adl, claiming to champion the cause of the underprivileged Sunni Baloch in Iranian Sistan-Baluchestan, have launched devastating attacks on Iranian security personnel. Since 2004, the Baloch Liberation Army has targeted Pakistani soldiers and infrastructure. Although significantly weakened, it retains some operational capacity.

A Border Failure: Pakistan and Coronavirus

Both Tehran and Islamabad are aware of the strategic significance of Balochistan with its energy resources, its coastline, and the two strategically-located ports of Gwadar and Chabahar. The Revolutionary Guards are responsible for the security of Sistan-Balochistan while Pakistan’s Frontier Corps oversees Pakistani Balochistan.

Cross-border militancy has often fed mutual distrust and insecurity, with Iran and Pakistan exchanging blame over “militant sanctuaries”. Iranian forces have entered Pakistan, allegedly in hot pursuit of insurgents, and Pakistan has returned mortar fire by the Revolutionary Guards.

Still, the two sides have so far managed to stop short of a full-fledged military conflict. The tension has not affected other issues, with Pakistan consistently refusing to be drawn into Saudi-Iranian rivalry and the Imran Khan Government offering its offices for mediation. Islamabad has consistently supported Tehran’s position on the 2015 nuclear deal. Iran has openly backed Pakistan’s position on Kashmir despite the Islamic Republic’s economic relations with India. High level civilian and military visits have taken place, and the two states have agreed on defense cooperation at land and sea.

So why do Iran and Pakistan continue to cooperate?

Amid the spike in the insurgent threat on both sides of the border since 2000, effective institutional mechanisms have kept the situation under control. In 2010, Jundullah head Abdolmalek Rigi was captured by Iranian forces and executed. In 2015, Pakistan arrested the head of Jaish ul-Adl, and in late 2018, it helped Iran recover 9 of 12 guards abducted by Jaish ul-Adl from an Iranian border post.

Accepting an Iranian request in 2016, Islamabad constructed a border gate at Taftan with a multilayered security system. A joint border monitoring committee, consisting of district administration and security officers from both sides, was established.

In February 2017, Jaish ul-Adl claimed responsibility for the killing of 27 Revolutionary Guards, prompting the Guards command to warn of cross-border pursuit and elimination of terrorist “safe havens”. Pakistan summoned the Iranian Ambassador to lodge a strong protest. When 11 Iranian border guards were killed in an ambush in April 2017, Iranian Foreign Minister Mohammad Javad Zarif flew to Islamabad to convey Iran’s concerns.

But the threats subsided. The two sides agreed to revive the hotline between local commanders of border forces, resolve issues through border mechanisms, and enhance engagements between civil and military leadership. They set up the Higher Border Commission, a mechanism for consultation on all border related issues for enhanced coordination at different levels. The commission includes members from respective foreign and law ministries. Since July 2017, the HBC has held regular sessions to decrease mutual tensions.

Prime Minister Imran Khan visited Tehran after Pakistani Navy and Coast Guard personnel were gunned down on the Makran coastal highway in April 2019. As a trust-building measure, Khan publicly acknowledged that terrorists had misused Pakistani territory against Iran in the past. Subsequently, the two states agreed to set up a joint rapid reaction force for curbing terrorist activities along the porous border.

The Problem of Third Parties

After the insurgent attacks this month, Pakistani forces launched an anti-militant operation and provided actionable intelligence to Tehran. Pakistan’s Economic Coordination Committee has approved 3 billion rupees ($18.6 million) in additional funds for border fencing that has been constructed since last year, hoping to curb illegal smuggling and drug running, used by militants to cover their movement as well as accruing revenue. Iran has already built a 10-foot-high concrete wall along the border running from Mir-Java-Taftan.

But both countries face perennial issues involving third parties. Tehran, involved in a series of Middle East conflicts, is constricted by comprehensive US sanctions. Cash-strapped Islamabad is a burdened with security problems related to Afghanistan in the west and India in the east. Even more importantly, Balochistan’s central role in the China-Pakistan-Economic-Corridor is a crucial strategic reality.

Iran and Pakistan are trying to insulate their relationship from external shocks, as well as the effects of Coronavirus. But the pandemic has added another layer of tension.

At the outset of the outbreak, the majority of Pakistan’s coronavirus cases were imported by Shia pilgrims returning from Iran. They were forced to leave by Tehran despite the Pakistani Government’s plea to wait until quarantine facilities were ready.

“I spoke with the Iranian Foreign Minister and requested time to make arrangements, but they couldn’t do it due to economic sanctions.” Foreign Minister Shah Mahmood Qureshi later told the Senate.

Pakistan closed its border for almost two months, despite the reliance of Pakistani Balochistan on trade with Iran. Crossings were finally reopened this month after a phone conversation between Prime Minister Khan and Iranian President Hassan Rouhani.

However, there is no sign yet in either country of an ebbing of the virus. Even when it does, obstacles remain.

The Iran-Pakistan Preferential Trade Agreement, signed in 2006, is still largely ineffective because trade barriers, high custom duties, lack of formal banking channels, and inadequate legal mechanisms to confront smuggling and black marketeering. The US sanctions on Iran compound the difficulties.

The Iran-Pakistan Pipeline, agreed by the two countries in 1995, is still not complete. The Islamic Republic completed its section in 2011, but Pakistan has stalled because of the cost and US pressure despite the potential benefits for energy-starved Pakistan.

Tehran and Islamabad need to deal with payments mechanisms, mitigating the effects of US sanctions. Iran’s accession to the CPEC project is a possible solution, which brings another external actor, China, to the fore. That in turn could link the strategic ports of Pakistan’s Gwadar and Iran’s Chabahar.

So a stable border, while welcome, is only a bandage. The cure for both Iran and Pakistan is economic interdependence — if politics does not get in the way. 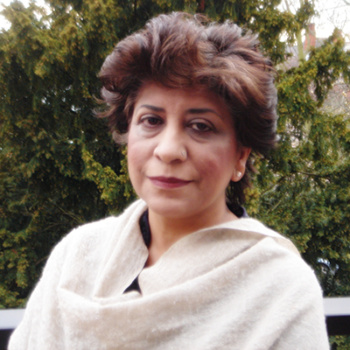 Talat Farooq is Senior Consultant at the Islamabad Policy Research Institute. She was a Research Fellow in the Institute for Conflict, Cooperation and Security at the University of Birmingham.