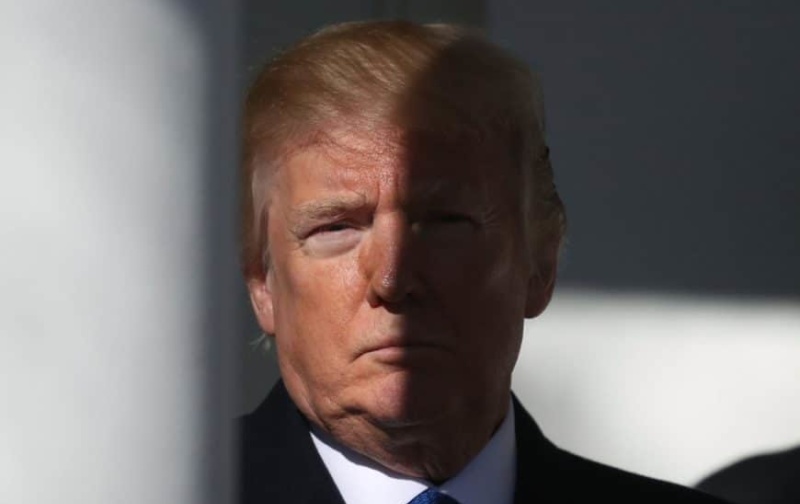 Amid his ongoing assault on social media, Donald Trump calls for the shooting of protesters in Minnesota.

The demonstrations in Minneapolis and St. Paul were sparked by the death of an African American man, George Floyd, after a police officer knelt on his neck for eight minutes. Film of the incident has fed anger and calls for justice. Prosecutors have not decided whether to charge the officer.

Thursday night’s protests began peacefully with chants of “Say his name! George Floyd!” But police in riot gear prepared for confrontation, and skirmishes soon broke out. After staff pulled out of a precinct station, it was set on fire. Shops were looted and damaged.

There are folks reacting to a violent system. You can replace property, you can replace businesses, you can replace material things, but you can’t replace a life. That man is gone forever because some cop felt like he had the right to take his life.

A lot of folks are tired of that. They’re not going to take it anymore.

Governor Tim Walz ordered 500 members of the Minnesota National Guard to the area.

Trump called for further action, including firing on the demonstrators:

….These THUGS are dishonoring the memory of George Floyd, and I won’t let that happen. Just spoke to Governor Tim Walz and told him that the Military is with him all the way. Any difficulty and we will assume control but, when the looting starts, the shooting starts. Thank you!

In contrast to Trump’s message and tone, Minneapolis Mayor Jacob Frey said he understood the anger of residents while pleading with people to stop destroying property and stealing from stores:

It’s not just enough to do the right thing yourself. We need to be making sure that all of us are held accountable.

Frey has called for charges against the officer who pinned Floyd’s neck.

The Assault on Social Media and Postal Voting

Trump’s tweet came hours after his attempt to break Twitter’s notices on his messages.

In part to take headlines from the US Coronavirus death toll passing 100,000 — and in part to press his campaign against postal votes, undermining or even postponing November’s elections — Trump threatened on Wednesday to pass an executive order restricting or even banning social media platforms.

His fury was provoked when Twitter checked his disinformation campaign portraying postal voting as fraudulent, setting up a possible pretext to delay or even postpone November’s elections.

After balking at action over Trump for his manipulation of the 2001 death of Lori Klausutis, a staffer for Congressman Joe Scarborough, Twitter posted a “Get the Facts” notice on a part of Trump’s tweets.

Trump escalated his all-caps assault on Twitter, both against the platform and against postal votes, and signed the order on Wednesday.

Unable to “ban” social media outlets, Trump threatened their legal liability for any material by users which could lead to illegal activity.

Ironically, the measure effectively tries to put Twitter in jeopardy for allowing Trump to advocate violence or indulge in hate speech.

The platform responded on Thursday with its flagging of Trump’s “shooting begins” message, explaining:

As is standard with this notice, engagements with the Tweet will be limited. People will be able to Retweet with Comment, but will not be able to Like, Reply or Retweet it. https://t.co/XqlJ9KpETR