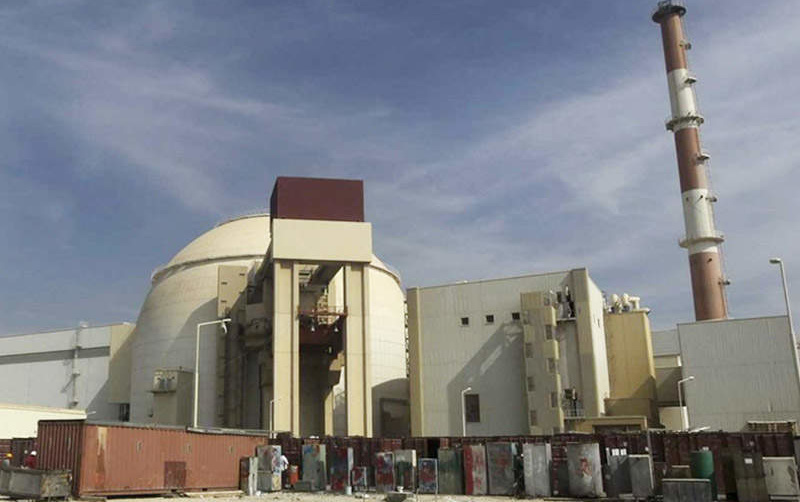 The nuclear plant at Bushehr in southern Iran

The State Department said Wednesday that it will terminate the waivers which had permitted Russian, Chinese, and European companies to continue operations.

I am also sanctioning two leaders of Iran’s nuclear enrichment program – Majid Agha’i and Amjad Sazgar. Iran’s scientists need to make a choice: pursue peaceful work outside of the proliferation realm, or risk being sanctioned.

The ending of waivers for nuclear cooperation under (the nuclear deal) will not in practice have any effect on Iran’s work.

Of course America wants its actions to have an effect in line with pressure on Iran, but in practice nothing will happen.

The involvement of foreign firms was established in 2015 as the nuclear deal was signed between Iran and the 5+1 Powers (US, UK, France, Germany, China, and Russia). Although the Trump Administration withdrew from the deal in May 2018 and imposed comprehensive sanctions six months later, it exempted the sites for nuclear power.

The programs included the conversion of Iran’s Arak heavy-water research reactor, to ensure that plutonium by-product could not be used for nuclear weapons. Under the 2015 deal, the Islamic Republic pledged to redesign the plant, with efforts pointed to isotopes for medical and agricultural use.

Kamalvandi said the redesign is continuing but has been slowed by the US sanctions.

The Atomic Energy Organization also condemned the White House addition of two Iranian nuclear scientists to the US sanctions as proof of the “hostile approach” of the Trump Administration.

Russia, a signatory of the 2015 nuclear deal, supported Iran’s criticism. Foreign Ministry spokeswoman Maria Zakharova said, “The nature of this behavior is clearly disruptive….Washington’s actions are becoming more and more dangerous and unpredictable.”