Support for Europe’s Leaders During Coronavirus Crisis — But Will It Last? 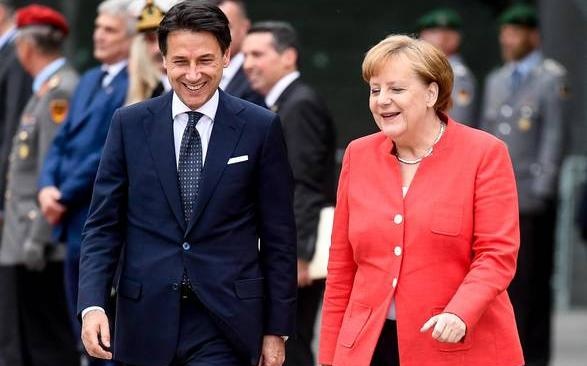 Euronews reports on support for European leaders despite high levels of deaths in their countries from Coronavirus.

The article draws on analysis from the Populism in Action Project’s Daniele Albertazzi:

This is the most serious crisis that has hit Europe since the Second World War. It is quite well-known that in times of crisis, people do tend to rally behind the flag and the government of the day.

Governments have been very shrewd and clever in exploiting this and using metaphors that remind people of war-time periods, so the virus has become an enemy that the population has to defeat by pulling together.”

Right now people on the streets are saying that this is not the moment to have a go at the government.

But Albertazzi draws on findings from PiAP, featured in a series on EA WorldView, to consider possible challenges ahead for those in power.

“You can see in countries like Italy, Switzerland, and Finland that there has been a short period of truce between governments and opposition or more radical and more moderate parties,” he says. “As weeks go past, people will start realizing the enormous financial effect of the crisis as more and more stories emerge about the mishandling of the pandemic and the big mistakes that were made by governments.”

Populist parties face their own challenges, after they “seemed to have initially accepted that they needed to tone down their criticisms of governments or their opponents”, if they try to use Coronavirus to assume power.

It is easy to have a go at governments, opponents or the European Union. But there is certainly a risk that populist parties might jump on the bandwagon of criticism too early and misjudge the mood of the public.”

This is a crisis of such huge proportions that we may still be in the stage where the public and business associations want to see more unity rather than division.

At same time, he assesses, “They have to demonstrate that they have remained fundamentally different from what they see as traditional parties.”