Interview: The US and Iran in the Age of Trump 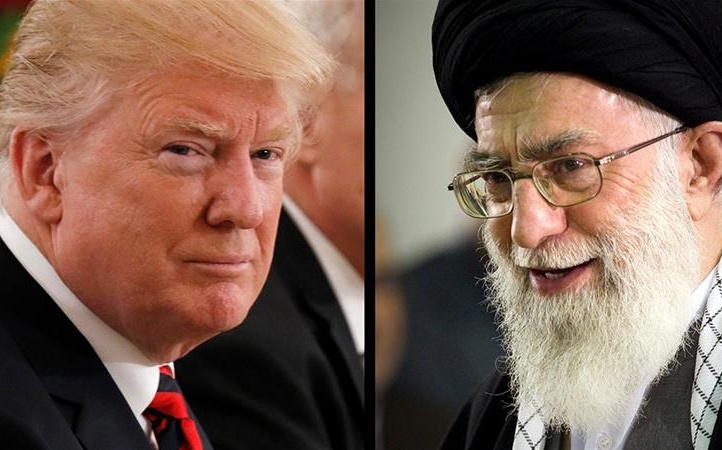 See What is America Unfiltered?

Two years after the Trump Administration withdrew from the 21015 nuclear deal between Iran and the 5+1 Powers, what does the future hold?

I put this question to Reza Marashi, a former employee of the State Department’s Office of Iranian Affairs in the Administrations of George H. Bush and Barack Obama. Marashi later was Director of Research at the National Iranian American Council. Contributing frequently to prominent media outlets, he is now the host of the podcast The Message.

Marashi: The current situation is not good. Iran does a lot of stuff that America doesn’t like, and America does a lot of stuff that Iran doesn’t like. In an effort to resolve their differences, they agreed to address the elephant in the room five years ago- Iran’s nuclear program. Two years of negotiations produced a landmark diplomatic agreement – the Joint Comprehensive Plan of Action – that served as a foundation from which dialogue on other points of contention could grow. Trump’s election brought back into power a small but virulent minority of ideologues who believer that might makes right, and thus the only way to resolve differences between Washington and Tehran is for the more powerful United States to do everything in its power to weaken, destabilize, and ultimately overthrow the Iranian government. And that’s where we are today.

What has the relationship been like over the last eight years?

Over the past eight years, the relationship has gone from slowly improving to rapidly combustible. From 2012 to 2016, the Obama Administration prioritized using diplomacy to resolve problems with the Iranian government. More progress was made in those four years than in the previous four decades combined. From 2016 to 2020, the Trump administration has intentionally discarded its predecessors’ diplomatic achievements, cut off almost all direct channels of communication with Iran, and put Washington and Tehran back on the trajectory toward a military confrontation.

What are Iran’s strategic goals for the region?

Overall, Iran’s regional strategy is a by-product of its larger geopolitical strategy, which aims to consolidate the Islamic Republic as a regional power. The cornerstones of its strategy are:

1) Improving, or at least maintaining, ties with immediate neighbors and key Islamic countries. Relations with Turkey and Saudi Arabia are key factors in Iran’s regional positioning for influence in Iraq, Lebanon, Palestine and elsewhere.

3) Standing up to American pressure, and only relenting when America demonstrates a willingness to compromise.

Historical precedent has shown Iran that Western powers tend to accept the status of a regional power when that power becomes formidable; China, India, and Brazil are often cited as examples. The Islamic Republic is counting on such an eventual acceptance.

The key virtue from Iran’s perspective has been patience. Decision-makers in Tehran know that the cost of this strategy is high – sanctions, isolation, and conflict are not negligible – but they believe that Iran must assume the role of an accepted regional power.