The Piano Stool: Israel, Palestine, and the Arc of History 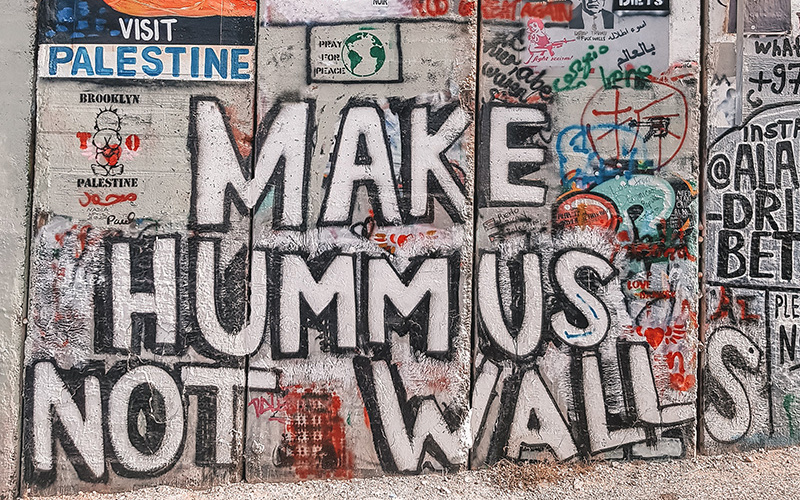 With Israelis and Palestinians seeking the realization of their conflicting versions of their respective national rights, where does justice lie? And if one were confident in making such a judgement, and if one agreed with the view (however improbable it might seem) that the arc of history tends towards justice, how should justice in the case of Israelis and Palestinians be given concrete form?

To help my students on their way toward intellectual engagement with those questions, and perhaps discovering something about their personal values in thinking about them, I would tell the real-life story of two people – one Palestinian, and one Israeli – and a piano.

A Palestinian friend, Aida, returned in 1992 to Jaffa from Jordan, where her family had lived since 1948. She located the family home, and without prior warning, knocked on the door. She was greeted politely by the somewhat surprised Jewish woman living in the house, who graciously showed her around rooms that were distantly familiar. In the drawing-room still stood the family piano. But when she opened the seat of the piano stool and found the music she had played as a 10-year-old, complete with her mother’s handwritten notes, Aida wept.

Aida’s Israeli hostess, trying to comfort her in her distress, said she could only begin to imagine how painful such memories had to be. But she wanted Aida to know two things. First, she had had nothing to do with the departure of Aida’s family from Palestine. She had arrived in 1950. And second, she had spent much of her life since that time paying the Jewish National Fund for the house. It was her home.

One may debate whether the law can provide justice in such cases: whether Israeli legislation, preventing Palestinian “absentees” who were forced to flee in 1947-48 from returning to their homes, contravenes various instruments of international humanitarian law; or whether Jews forced to flee Iraq, Yemen, or Egypt should be no less entitled to the reversal of an illegal act. Any Israeli willingness to discuss a limited and strictly controlled return of perhaps 100,000 refugees to the newly-established Jewish state, in return for international recognition, disappeared within a few years. It has never been contemplated for Jews made homeless on the Arab side.

The fabled UN General Assembly Resolution 194 recommended compensation for those Palestinian refugees who might choose not to return. This is an illusion. No government would ever be willing to provide the quantum of funding that might be deemed sufficient to satisfy the demand, even if the evidentiary and policy basis for such compensation could be agreed. (Still-debated policy questions would include, in the case of the Palestinian refugees, whether compensation should be paid to those few wealthy individuals — such as Aida’s family — who could demonstrate loss of property, rather to than the vast majority of Palestinians, without property, who lost their livelihoods.)

Most of my students would arrive, in due course, at a fundamentally defensible conclusion: a measure of justice cannot be realized, for the dispossessed at least, without a political solution to the Israeli-Palestinian conflict. If justice is to be found at all, it would have to be through politics, not through appeals and demands for the observance of international law or unilateral declarations of the Jewish character of the State of Israel. That conclusion applies despite any reprehensible, illegal and self-defeating acts of expropriation and annexation by Israel, backed by an indulgent and capricious Trump Administration, as they seeking to quash Palestinian aspirations and force acceptance of an Israeli-dictated “reality”.

However, a political solution requires two states, with sovereign governments possessing leaderships willing and able to make the concessions and compromises of packaged deals, and assurances that each is able to survive. Few things are more useless than an unelected politician.

The optimist in me observes that survival in the Middle East seems less problematic than once was the case. The path of Arab politics since 2011 has been one of ever more-entrenched authoritarianism, amidst periodic upsurges in popular mobilization over inadequate economic performance, corruption, and joblessness. Palestinian Authorityleader Mahmoud Abbas is unlikely either to cede control to a rival or dissolve the body. The durability of the Netanyahu government suggests it can outlast almost anything.

The greater concern now is that the very notion of a two-state approach to the resolution of the conflict has been undermined, especially by Jewish settlement activity in the West Bank and East Jerusalem. The cavalier approach of the Trump Administration to principles, which the remainder of the responsible international community hold sacrosanct, has hastened the erosion of US credibility as a peacemaker. Political momentum for a two-state approach is unlikely to be recovered in the foreseeable future.

Without the basic premise of a settlement based upon two states — one Jewish and one Arab — in Palestine, the winning of support from Israelis or Palestinians for concessions toward the notions of justice affirmed by the other party is all but impossible.

For an Israeli who, against the odds, survived the Holocaust, managed to enter Palestine, and had the will and support required to prevail, there is little inclination to appreciate the suffering and outrage of those Palestinians and their descendants who were forced to flee. Their notions of justice proceed from entirely different standpoints.

I encouraged my graduate students to read I.F. Stone, Arthur Koestler, and Menachem Begin, to appreciate the determination and single-mindedness of those and other early Zionists. It was equally important, of course, for them to read Palestinian perspectives — Rashid Khalidi, Edward Said, and Yezid Sayigh among others. I urged them to appreciate the personal and professional dilemmas facing Israeli and Palestinian intellectuals and academics able to discern historical fact from political fiction.

I shared with students my outrage at the betrayal by Yasser Arafat and his coterie and by the Israeli Right and its supporters, of the idealism and personal courage of those Israeli and Palestinian academics and friends of mine who had risked their reputations by arguing for the two-state approach. I lamented the corruption and venality which overtook the Palestinian movement. I lambasted the extraordinary ineptitude of US diplomacy as the Oslo process collapsed, including Washington’s reluctance to counter Israeli malfeasance.

The core point, however, was to show my students that the views of Palestine by Israelis and Palestinians were fated to remain poles apart.

History, real and imagined, and lived personal experience remain at the heart of the Israeli-Palestinian contest. As Aida’s re-discovered music in the piano stool showed, and central to the political equation between Israelis and Palestinians, fundamental issues of identity and dignity and of power and material worth continue to permeate perceptions of each other in that sadly-tormented parcel of land between Jordan and the Mediterranean.

Mythologies are structural issues. They build identities. They cannot be negotiated away. It is essential, for academics and diplomats engaged in seeking conflict resolution, to be aware of and to respond to the ongoing creation on all sides of those memories and political mythologies surrounding historical events and personalities.

Even as parties external to the conflict, how we respond to attempts by Israel and the US to bury rather than resolve those issues will say a great deal about ourselves and our values. We should not add to scepticism in the Arab and Islamic world concerning our commitment to the principles we espouse by treating such moves with indifference.

Understanding the forces ultimately and immediately at work, and even pointing to the demographic factors that will affect Israel’s international standing in the absence of two states, does not provide an answer to the problem of how justice may be found. Policy choices aimed at ending the Israeli-Palestinian conflict have to take the poetic power of myths into account, even as we must take care to measure the dosages.

If there is a solution, with at least some degree of justice for all sides, it will be through recognition of the essentiality of politics, not power, in bringing Israelis and Palestinians to an acceptance of each other.