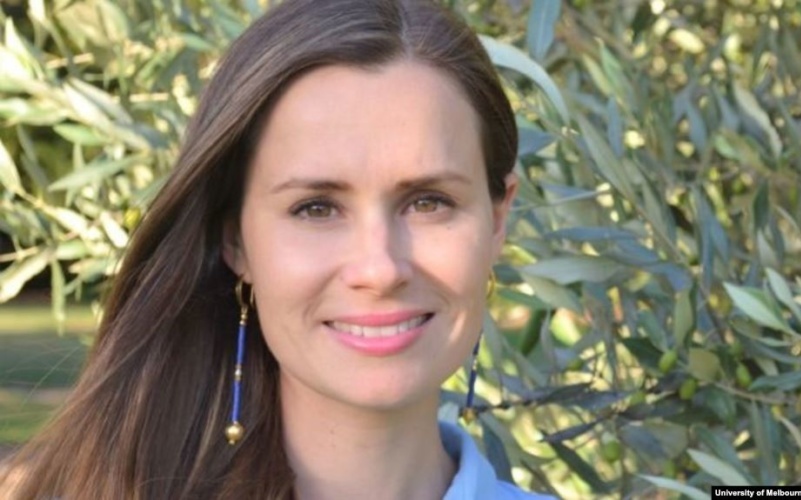 Concern is growing over Australian academic Kylie Moore-Gilbert (pictured), held since September 2018 in Tehran’s Evin Prison, with reports that she is suicidal.

News received from Evin Prison says that Kylie Moore-Gilbert, the Australian citizen in the security ward, has so far attempted to kill herself three times.”

The long stay in the security detention center and the conditions of solitary confinement have become so unbearable.

I can’t confirm the accuracy of the news, but Kylie has been held in solitary confinement under IRGC [Revolutionary Guards] control for approaching two years.

I have no doubt that that would take anyone into a very dark place. Many other British prisoners have tried to attempt suicide while there – Nazanin first confessed to feeling suicidal after five months [because of] the feeling of being all alone.

Moore-Gilbert, a University of Melbourne lecturer, was seized as she was departing Iran after a research trip. She is a specialist on the Arab world, authoritarian governments, and the role of new media technologies in political activism.

She was handed a 10-year prison sentence in a secret trial on charges of espionage.

Moore-Gilbert appealed to Australian Prime Minister Scott Morrison: “Please I beg of you to do whatever it takes to get me out.”

But the Iranian Foreign Ministry insisted that the Australian must serve the full 10 years: “Iran will not submit to political games and propaganda.”

Iran has granted temporary furloughs to more than 100,000 detainees amid the Coronavirus outbreak. Some foreign and dual nationals such as Zaghari-Ratclifee are among them, but Moore-Gilbert and Adelkhah remain in Evin Prison.

Aras Amiri, a British Council staffer and UK permanent resident, has been ordered back to prison. Her case has raised fears that others such as Zaghari-Ratcliffe will have to return on May 20.