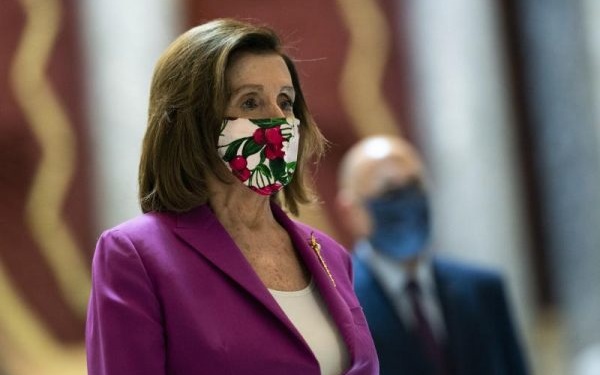 The House passes a $3 trillion Coronavirus relief package, but Republican Senators will ensure that the bill is killed and no aid reached embattled US states.

The House adopted the “Heroes Act” on Friday. It includes the aid to state, local, and Native American governments facing billions in mounting debt as they try to contain the outbreak, as well as another round of direct $1,200 payments to taxpayers.

But Senate Majority Leader Mitch McConnell and Donald Trump vowed earlier this week that the bill would be “dead on arrival” in a Republican-majority Senate.

A $2.2 trillion stimulus passed in March, and three subsequent measures totalling about $800 million, devoted most of the assistance to businesses and a $1,200 direct payment to each taxpayer. There has only been $150 million for states.

Another 3 million Americans filed for unemployment in the previous week, bringing to total to more than 36 million since mid-March as the official rate reached 15%.

Government data showed retail sales fell a record 16.4% in April, following a 8.3% decline in March. Long-established outlets such as J. Crew, Neiman Marcus, and J.C. Penney have filed for bankruptcy.

“Not to Act is Irresponsible”

The House bill was adopted 208-199, with 14 Democrats from conservative-leaning US districts joining Republicans in opposition. Only one GOP legislator, Peter King of New York, voted Yes.

Republicans tried but failed to force a vote barring undocumented immigrants from receiving the $1,200 payments.

Despite the inevitability of Senate rejection, House Speaker Nancy Pelosi persisted with the Act. With the White House dragging its feet on any further relief measures, the legislation is a marker for priorities in negotiations over the next stimulus.

[Americans] are suffering so much, in so many ways. We want to lessen their pain.

Not to act now is not only irresponsible in a humanitarian way, it is irresponsible because it’s only going to cost more, more in terms of lives, livelihood, cost to the budget, cost to our democracy.

The Act also tries to safeguard November’s elections by requiring all voters to be able to vote by mail, and it provides $25 billion for the US Postal Service.