Why Are Right-Wing UK Outlets Blaming Muslims for Coronavirus? 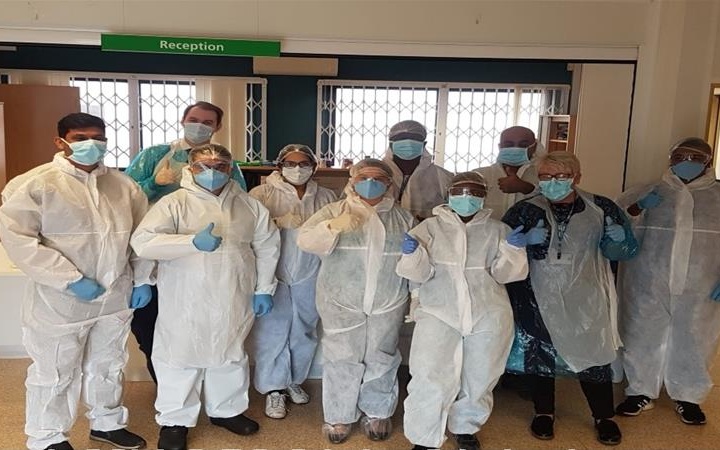 It’s those Muslims who will give us Coronavirus!

That’s the latest chant of right-wing UK commentators who always like to fuel the fire and blame somebody, especially to cover their failures.

During this pandemic, there have been misjudged attempts to deflect the incompetence of Prime Minister Boris Johnson and his Government onto someone else.

Nigel Farage laid down the gauntlet by blaming China.

Then Harry Cole and his friends in the Mail on Sunday asked if it was the European Union negotiator Michel Barnier who brought the virus to Johnson: “Could this be the ultimate revenge for Brexit?”. (Barnier has not visited Johnson during the outbreak, but let’s not let facts get in the way.)

The Financial Times reported that senior Tories inside and outside government are deflecting the blame from Cabinet ministers and their special advisors onto civil servants.

But there are new revelations about the Government’s ill-considered approach and ineptitude. The lack of proper planning for a pandemic crisis, the under-funding of the National Health Service, failure to provide adequate personal protective equipment to NHS frontline staff who are doing 36-hour shifts, lack of proper co-ordination, and delays in testing NHS personnel are just the top of a mountain of incompetence.

So after blaming the Chinese, Barnier, and the civil service, another scapegoat is needed. Blaming the National Health Service and the immigrants who serve it might have been an option. But when the first Coronavirus victims among medical staff were immigrants — and when immigrants successfully brought Johnson through his stay in intensive care — that path was closed.

So now it’s onto UK Muslims.

Andrew Pierce, a commentator for the Daily Mail, tweeted on Sunday:

If families gather for holy month of Ramadan will there be a huge spike in Covid cases. Doctors are very worried

Pierce never bothered to provide a shred of evidence for his outburst, let alone give the name of a very worried doctor.

Prominent Islamophobe Katie Hopkins claimed the Coronavirus lockdown will end on May 23, so Muslims can celebrate Eid at the end of Ramadan.

The Times jumped in, “Experts Fear a Spike in UK Coronavirus Cases During Ramadan”. The “expert” was Dr Adnan Sharif, a consultant transplant nephrologist at Queen Elizabeth Hospital. While he noted that Ramadan was “traditionally” a time of gathering, at no point did he indicate that Muslims were likely to do so in lockdown conditions.

Below the headlines and sensationalist tweets, not one pundit provided an example of a UK mosque breaking Government orders, or even an advertisement or message promoting a Ramadan gathering.

West Midlands police explained that the footage was from before the March 23 lockdown. But by then, the clip had been watched more than 10,000 times.

The reality is that a week before Boris Johnson’s announcement of the stay-at-home order, the Muslim Council of Britain called for a lockdown of all mosques and Islamic centers. So did their affiliate members such as the British Islamic Medical Association and the Muslim Burial Council. So did the Muslim Charities Forum.

More than 400 mosques halted their activities. The stoppage was never noted in the outlets who are now publishing unsupported, Islamophobic claims.

Nor have those outlets mentioned the volunteer efforts of the MCB, BIMA, MCF, and MBC. Doctors, chaplains, creative specialists and consultants have fostered awareness within the Muslim community with videos, statements, factsheets, conference calls and webinars on all aspects of Coronavirus. They have rebuked fake news within and beyond the community.

There have been weekly briefing calls with more than 2000 registered on-line attendees, and WhatsApp community updates for members from hundreds of Mosques and Islamic centers. BIMA have produced advisory information for medical professionals. The Muslim Charity Forum is raising money and support for the vulnerable under the banner of #TogetherWeCan. More than 110 Muslim community initiatives have been organized across the country, from provision of safety equipment to hospitals in Walsall to food aid in Blackburn.

Instead of the fear-mongering, these outlets could pay tribute to the fallen heroes of the National Health Service. They include the first 10 doctors who have died from the Coronavirus, all of whom traced their ancestry to Asia, the Middle East, and Africa. They might mention how 44% of medical staff are from a Black, Asian, and Minority Ethnic background, compared with 14% of the population of England and Wales.

The pundits could stop diverting attention from accountability at the height of the UK’s crisis: the official death toll of more than 11,000 people; the thousands more, many of them in care homes, who have not been counted; the lack of adequate PPE for healthcare staff.

They might note Rahima Bibi Sidhanee. She was 68, a mother of three, a Muslim, an immigrant, and a care worker.

Colleagues and friends described how Rahima “gave her life to nursing”. She refused to retire so she could stay with patients as the virus spread. She worked until she fell ill.

She had not attended a Ramadan party. She had not organized a flash mob in a mosque. There were no “very worried” doctors fearing her, only those relying on her for assistance.

She was a heroine, not a scapegoat.