Iran Daily: Vice President — We Can Run Country With No Oil Income 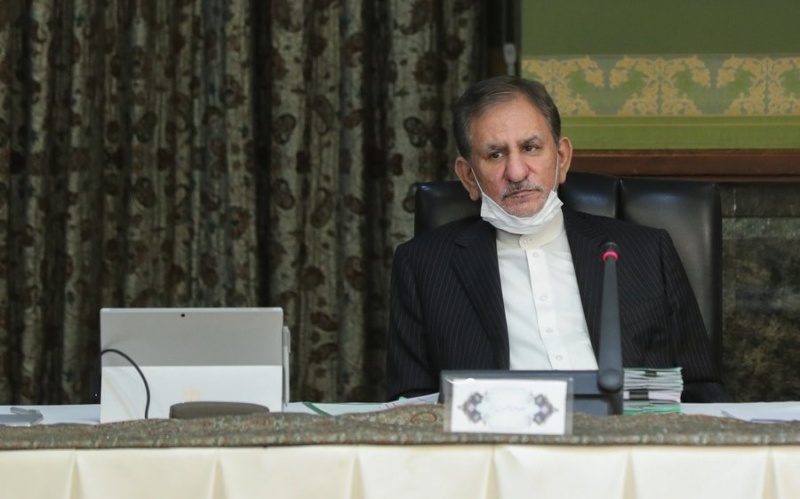 Iran’s 1st Vice President Es’haq Jahangiri (pictured) has declared that the Government can run the country with no oil income.

Jahangiri said in a Tuesday meeting with officials from the Roads and Urban Development Ministry, “Crises and sanctions [by] the United States of America have enabled us to develop the necessary readiness to run the country’s affairs under the current circumstances.”

Jahangiri did not explain how sufficient non-oil revenues will be generated.

Iran’s oil exports have sunk between 80% and 95% amid comprehensive sanctions imposed by the Trump Administration in November 2018. Revenues have been further crippled by the sharp drop in the global oil price.

US oil futures plummeted below zero on Monday. The price for Brent crude is just over $17/barrel, its lowest point since 1999.

Even with an emphasis on diversification of non-oil exports, the Government’s budget has rested on about 1/3 of revenues coming from oil sales. The National Development Fund for infrastructure and investment is supported entirely by oil income.

President Hassan Rouhani acknowledged, in presenting the 2020-2021 budget in December, that while boosting of non-oil exports is a priority, “the main revenue that runs the country is the money from oil sales.”

The budget is about $37 billion (4,845 trillion rials), based on the free-market exchange rate. It is based on the assumption of a global price of $52/barrel.

Beyond his headline assurance, Jahangiri pointed to difficulties. He said Iranian businesses dependent on oil, such as petrochemical and metal industries, will suffer economic consequences amid the Coronavirus pandemic.

The International Monetary Fund has assessed that Iran’s economy contracted by 7.6% in 2019. The IMF had forecast a flatline economy of 0% this year, but revised this last week to a fall of 11% in GDP because of the economic efforts of Coronavirus.