Iran Daily: Tehran to Americans — “Help Us Help You” Over Coronavirus 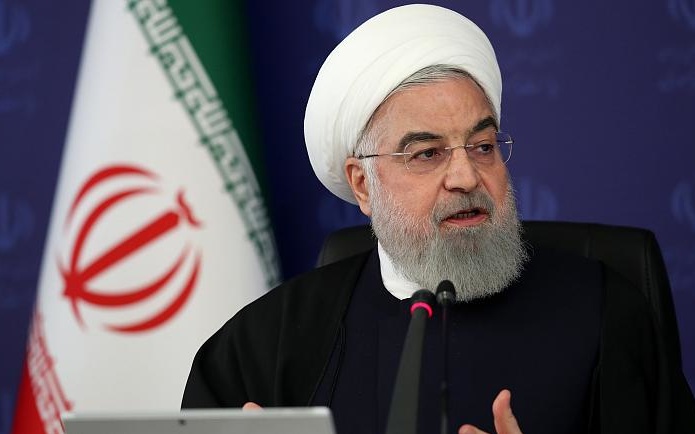 President Rouhani: “US could have apologized to Iranian people as it was a humanitarian emergency”

Iran President Hassan Rouhani’s office has appealed to Americans to press for the lifting of comprehensive US sanctions on the Islamic Republic, using the global threat of Coronavirus.

Hesameddin Ashena, head of the Center for Strategic Studies , issued the message:

With its official death toll passing 3,000 on Wednesday, the Iranian regime is pursuing a high-profile campaign for the removal of the Trump Administration’s comprehensive sanctions.

The measures were imposed on Iran’s financial and energy sectors in November 2018, six months after the Administration withdrew from the 2015 nuclear agreement between the Islamic Republic and the 5+1 Powers (US, UK, France, Germany, Russia, and China). Iran’s oil exports have fallen by up to 95%, adding to the strain on an economy facing problems of production, trade, investment, employment, and currency.

The President indicated the time had come and gone for a conciliatory move by the US, which now has more than 5,000 deaths from the virus.

It was a favorable time for Americans, and they could have apologized to Iranian people as it was a humanitarian emergency. No one would blame them for their withdrawal [from their position over sanctions].

It was the best historic opportunity for the Americans to make a U-turn from their wrong path and, even for once, tell Iranians that they are not against them.

Ignoring the regime’s refusal to publicly acknowledge the seriousness of the virus, Rouhani jabbed at the Trump Administration over American shortages of hospital beds, ventilators, and other medical equipment.

Zarif used Twitter to deride the Administration, and to appeal to the Middle East, with a message in Arabic:

We have not witnessed throughout this history such heinous employment of a humanitarian catastrophe for revenge and spread hatred and electoral exploitation as the current American president and his team do.