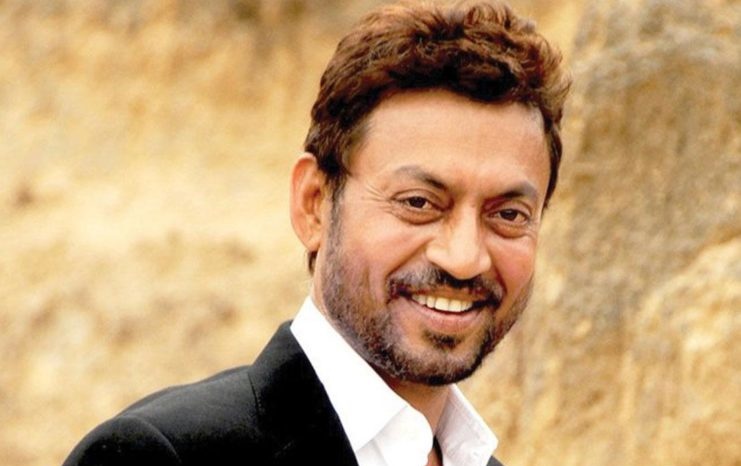 The obituaries are rightfully hailing Irrfan Khan, who died on Wednesday, as “one of Bollywood’s most celebrated actors“.

But Irrfan was not just a Bollywood star. He was above Bollywood, a maverick who was “loved by millions in India” and made a name for himself in the English-speaking movie world.

Known for his aloofness, with his seductive gaze, Irrfan was not your typical showman, hero, or part of the King Khan brigade of Bollywood with Aamir Khan, Shahrukh Khan, or Salman Khan. Irrfan was an actor who learnt his trade National School of Drama in New Delhi, whose alumni Om Puri, Naseeruddin Shah, and Nawazudding Siddiqui also transcended Bollywood.

Irrfan started his trade acting in numerous TV serials. He mostly played villains, but he became Vladimir Lenin in the teleplay Laal Ghaas Par Neele Ghode. After a run of unsuccessful films, the London-based director Asif Kapadia gave him the lead in the epic The Warrior in 2001.

His cool samurai sophistication put The Warrior at the forefront of international film festivals. Then in 2003, he completed his arrival with Maqbool, an adaptation of Shakespeare’s Macbeth.

Seven years ago, Irrfan finally put aside his typecasting as a Bollywood villain. First, he was the politically incorrect bumbling buffoon in the romantic comedy Life in a Metro. Then he had the lead in the biopic Paan Singh Tomar, a mixture of Chariots of Fire and Ned Kelly. Tomar is an Indian soldier who is a medalist athlete at the Asian Games in 1958, but turns to banditry and dies in a land battle in the Chambal Valley alongside family members. Critics saw Irrfan’s Tomar as a parallel of The Warrior: a bit of heroism with a bad-guy aura, brought to life in the expressions of the actor’s eyes.

From India to The World

The following year, Khan became an international star with his police detective role in Danny Boyle’s hit Slumdog Millionaire, a film based in India around the TV contest Who Wants to Be a Millionare?. Irrfan is subtly careful in his portrayal of the tough cop who has to be convinced how Dev Patel’s Jamal, the teenager from the ghetto, found himself within an ace of winning the top prize on the legendary gameshow.

Boyle said of Irrfan, “He has an instinctive way of finding the moral center of any character”, comparing him to an athlete who can execute the same move perfectly over and over: “It’s beautiful to watch.”

Irrfan was also acclaimed in Mira Nair’s drama The Namesake in 2006 and Ang Lee’s Life of Pi. He reached blockbuster audiences in The Amazing Spider-Man in 2012, Jurassic World in 2015, and Inferno alongside Tom Hanks.

Unlike Indian counterparts such as Priyanka Chopra and Anil Kapoor, Irrfan did not always take offers from Hollywood’s top directors. He felt Steven Spielberg’s film did not offer an interesting enough role; Nolan’s Interstellar clashed with his commitments to The Lunchbox and D-Day; and he passed on Ridley Scott’s The Martian and Body of Lies.

For me, his greatest role was the lead in the romantic drama The Lunchbox, where he played the middle-aged bored office worker who finds that the wrong lunchbox has been delivered to his desk with a note inside. This leads him into a romantic exchange of letters with an unhappy married woman, stuck at home in her housewife job, as he is trapped in his office.

This was his masterpiece in how he found humor in a romantic and often sad story. Lunchbox won the Grand Rail d’Or at the Cannes Film Festival and received a BAFTA nomination. It also became his highest-grossing Hindi film up to that point.

In March 2018, Irrfan revealed via a tweet that he had been diagnosed with a neuroendocrine tumor. He sought treatment in the UK and elsewhere, but finally succumbed to a colon infection, four days after his mother’s death in Jaipur.

The British actor and songwriter Riz Ahmed summed up Irrfan in his tribute;

Rest in peace one of the greatest actors of our time, Irrfan Khan. I never met him but he was an inspiration and a hero to me and millions of others. His work was consistently transcendent, he was a guiding light for so many of us.

The Lunchbox, Piku, The Warrior: take a couple of hours to watch one of these and you are likely to see that guiding light.