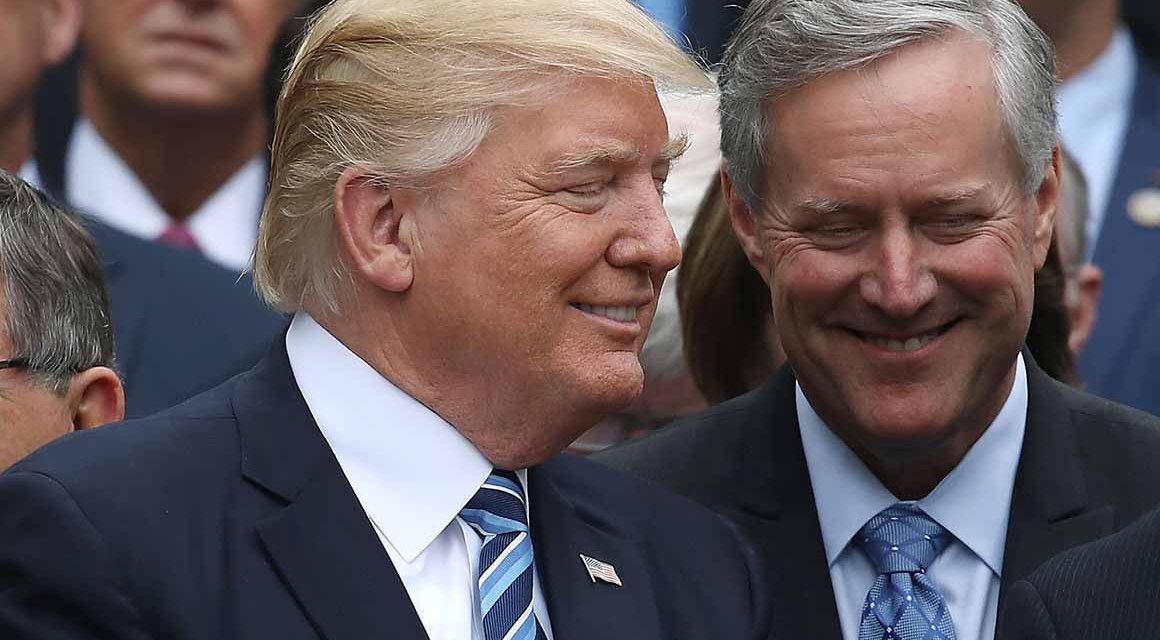 Trump announced the change on Twitter after arriving in Florida for a weekend at his Mar-a-Lago resort.

….I want to thank Acting Chief Mick Mulvaney for having served the Administration so well. He will become the United States Special Envoy for Northern Ireland. Thank you!

It was unclear why Trump made the sudden move. However, it came amid Trump’s response to his impeachment trial which ended last month. He has exacted retribution, firing senior officials who testified in the hearings, and pursued loyalty from remaining staff.

Last October, as revelations built over Trump’s pressure campaign on Ukraine to investigate Presidential candidate Joe Biden, Mulvaney caused consternation in the White House when he admitted that Trump froze security assistance to Kyiv until the investigations were announced.

The Trump camp said Trump had turned against Mulvaney some time ago but was advised not to remove him until after Republican Senators shut down the trial. They said Mulvaney was in conflict with White House counsel Pat Cipollone, who led Trump’s defense in the Senate.

Trump called Meadows on Thursday to offer him the job. Mulvaney, on an annual trip to Nevada this week, learned of the decision on Friday..

Mulvaney technically remained as director of Office and Management and Budget while serving as Acting Chief of Staff. He will give up that role as well, to be replaced by Acting Director Russell Vought.

Vought played a role in Trump’s Ukraine aid freeze. He obeyed a White House order to defy Congr4essional subpoenas for testimony in the impeachment hearings.

Meadows, who has been in the House since 2013, is a founder of the conservative House Freedom Caucus. He carried water for Trump throughout the Trump-Russia investigation and the Trump-Ukraine affair, repeating Trump’s attack lines in numerous TV appearances.

When he announced in December that he was not seeking re-election, Meadows hinted at a move into the White House, “My work with President Trump and his administration is only beginning.”

Trump told donors at a Friday night fund-raiser that Meadows will be “my James Baker”, the Chief of Staff to Presidents Ronald Reagan and George H.W. Bush.

Meadows said Mulvaney said done “a great job” and then set his loyalist marker: “This president and his administration have a long list of incredible victories they’ve delivered to the country during this first term, with the best yet to come.”