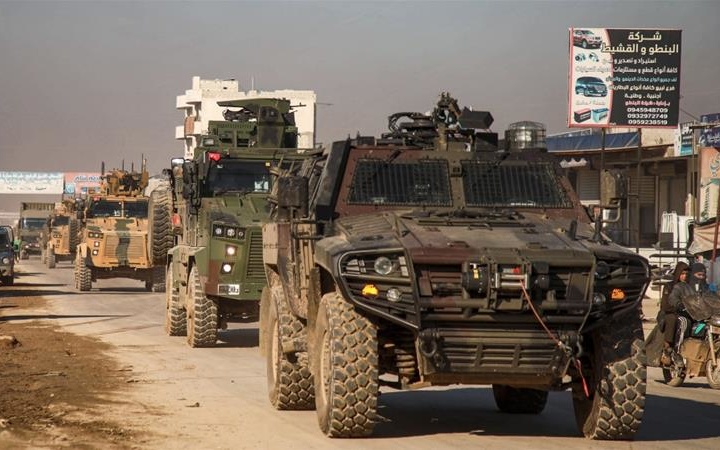 Turkey and Russia have confirmed arrangements for joint military patrols in Idlib Province in northwest Syria, partitioned by a Russian-Turkish agreement last Thursday.

Turkish Foreign Minister Mevlüt Çavuşoğlu announced completion of the plan for a 12-km (7.5-mile) wide “security corridor” along the cross-Idlib M4 highway. Ankara’s forces will patrol to the north and Russia’s to the south. Neither Assad regime forces nor Turkish-supported rebels will be allowed into the corridor.

“Now we work on to make this cease-fire permanent,” Çavuşoğlu said. “If the Assad regime tries to proceed heedless of cease-fire in Idlib, Turkish forces will do as they have done before.”

A Russian military delegation arrived in Ankara on Tuesday for discussions on implementation of the agreement between Turkish President Recep Tayyip Erdoğan and Russian counterpart Vladimir Putin on March 5.

The two men announced a ceasefire in Idlib, the last major opposition territory in Syria.

Erdoğan halted military operations against hundreds of pro-Assad targets, launched after a Russian or regime strike killed 36 Turkish soldiers on February 27. A 10-month Russian-regime offensive, which has killed almost 2,000 civilians, was paused after taking almost all of northern Hama Province and part of southern and eastern Idlib.

The agreement left more than 1 million civilians, displaced by the Russia-regime offensive, in the remaining half of Idlib under opposition control. Turkey, which hosts 3.6 million Syrian refugees, closed its border in 2016 and is now encouraging Syrians to leave for Greece.

About 3 million people, 20% of Syria’s remaining population, live in the greater Idlib area.

After meetings with the European Union and NATO on Monday and Tuesday, Erdoğan said Turkey will host a summit in Istanbul with the leaders of France, Germany, and the UK.

The EU rebuffed Erdoğan’s pressure for Greece to allow Syrians to cross from Turkey, maintaining a March 2016 agreement with Ankara. Under that deal, Turkey pledged to prevent movement into Europe while the EU promised 6 billion Euros in assistance — half of which has been delivered — to Ankara.

The Turkish President insisted on his return from Brussels that “Greece must open its gates” to the refugees.