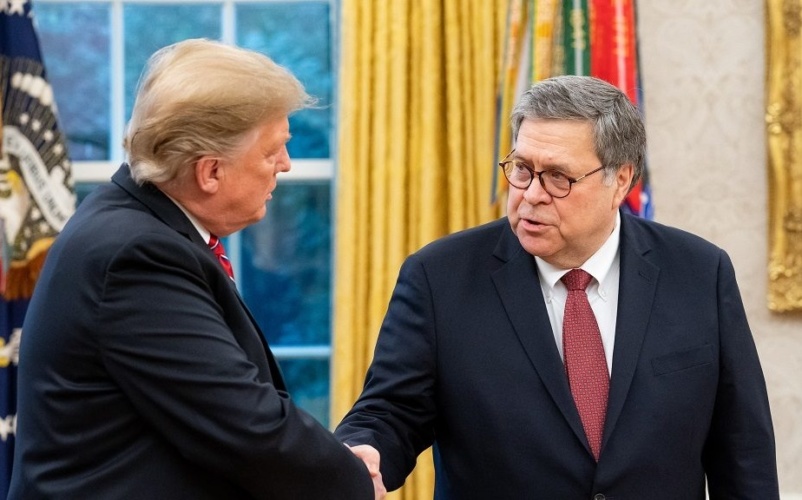 A federal judge highlights William Barr’s burial of the Mueller Report on Trump-Russia links, saying the Attorney General issued a “distorted” and “misleading” account of the findings.

Judge Reggie Walton of the Washington Federal District Court cited “inconsistencies” between Barr’s statements and the contents of the 446-page report that detailed contacts between the 2016 Trump campaign and Russian officials, and set out evidence for Trump’s obstruction or attempted obstruction of justice on eight occasions.

Walton said the “lack of candor” of Barr, appointed in January 2019 to deal with the imminent publication of the report, called into question his “credibility”. He ordered the Justice Department to show him the hundreds of redacted passages in the report, so he could verify the justifications for the redactions.

Walton, appointed in 2001 by the Republican President George W. Bush, was hearing a Freedom of Information Act lawsuit seeking a full-text version of the April 2019 report. He said:

[The inconsistencies] cause the court to seriously question whether Attorney General Barr made a calculated attempt to influence public discourse about the Mueller report in favor of President Trump despite certain findings in the redacted version of the Mueller report to the contrary.

In March 2019, Barr pre-empted the appearance of the report with a memorandum distorting its findings and falsely saying that Special Counsel Mueller had concluded that there was “no collusion” between the Trump campaign and Russian officials.

Mueller sent letters to Barr protesting that the findings had been distorted, and asking the Attorney General to swiftly release the report’s summaries.

But Barr held up publication for weeks, after ensuring there were significant redactions. After the report finally appeared, he repeated the “no collusion” line and distorted the summary over Trump’s possible obstruction of justice.

The effort helped Republican legislators ensure that Trump would not face punishment over the Russian ties. Mueller said that, based on Justice Department guidance, he could not file criminal charges against Trump; however, he said Trump could be prosecuted from the day after he left the Presidency.

Walton noted that Barr, in his statements, omitted that Mueller had identified multiple contacts between Trump campaign officials and people with ties to the Russian Government and that the campaign expected to benefit from Moscow’s interference.

The judge emphasized that the Special Counsel only refrained from declaring “coordination” because Mueller interpreted the term narrowly as agreement that is “more than the two parties taking actions that were informed by or responsive to the other’s actions or interests.”

The Attorney General “failed to disclose to the American public” that Mueller did not recommend criminal prosecution simply because Trump was still in office and that the Special Counsel was unable to exonerate him.