Iran Daily: 7 Teachers Given Total of 41 Years in Prison Over Protests 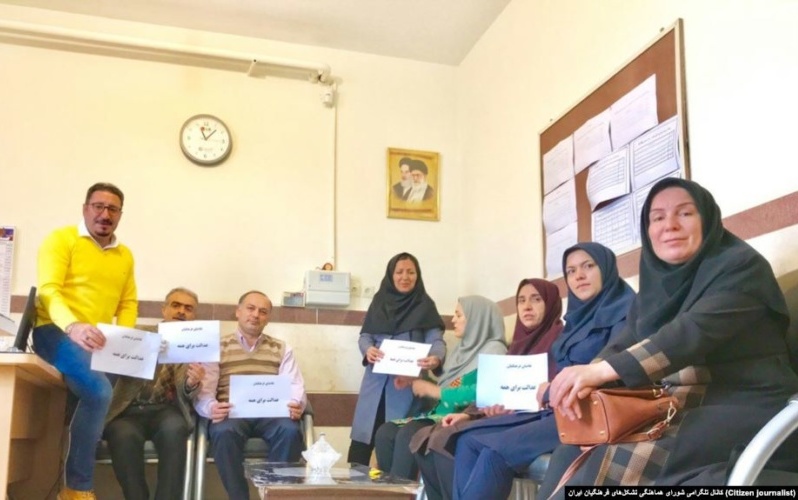 Teachers on strike in Qazvin in northwest Iran, November 2018

Seven teachers in Iran have been given a total of 41 years in prison for participation in national protests in October and November 2018.

The detainees were demonstrating in North Khorasan Province in northeastern Iran amid teachers’ protests and strikes over wages and working conditions.

A Revolutionary Court sentenced the seven to the lengthy prison terms, lashes, cash fines, and bans from political activities. An appeals court upheld the punishments this week.

The strikes on October 13, 2018 were held in cities such as Tehran, Mashhad, Tabriz, Isfahan, Shiraz, Kermanshah, and Hamedan. Marchers challenged low salaries and inflation which has risen to more than 40%.

Another two-day strike was held on November 13 and 14, with walkouts in most provinces and at least 15 arrests.
Teachers called on the Government to observe its constitutional obligation to provide free, fair, and high-quality education as well as a respectable livelihood for teachers.

On December 17, 2018, security forces attacked a teachers’ gathering in Isfahan with tear gas. But protests continued throughout 2019, as detainees awaited trials.