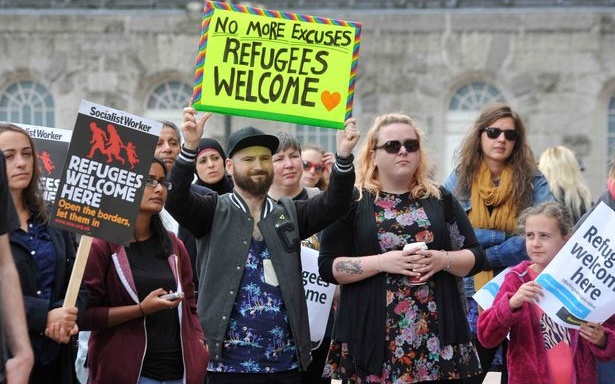 I Am Birmingham features the work of Hasan Patel of EA WorldView and the University of Birmingham:

An international journalist who has worked for BBC News and Al Jazeera will be hosting a media skills workshop in Birmingham on February 28 to inspire and empower refugees and migrants to share their stories.

Hasan Patel, a communications specialist who has worked in the US, UK and Qatar, will be sharing his knowledge or journalism and news broadcasting with refugees, migrants and asylum seekers.

The Walsall native started off as a BBC trainee more than ten years ago, honing his craft in Leicester, Manchester and Lancashire, before jetting off to Doha and New York to work as a digital journalist and a public relations and communications specialist.

Speaking to I Am Birmingham, he said:

Telling the Human story is so powerful – sadly the stories of refugees and migrants has been eschewed due to political reasons and agendas. This session will provide an opportunity for people to take control of their story by making people think what and how best to craft a story and what platforms they can use to tell their story.

Patel has reported on big international news stories as well key local events, from meeting heads of governments and sporting and entertainment stars to working out of the UN and the Nobel Peace Prize ceremonies; and from working on key elections in the UK to being in a newsroom when major global events have unfolded.

“I have had the pleasure of working with people from across the world – hearing their stories and in some cases telling their stories.The most challenging story for me was to do comms on Al Jazeera’s refugee reporting and also leading the planning for the Rohingya Crisis – the human stories I witnessed – I will never forget!”

And now, Patel is aiming to empower the next generation of under-represented talent from the region by hosting a workshop with Migrant Voice for those born outside of the UK, including immigrants, refugees and asylum seekers.

Conducting his Media Lab session at Saathi House in Bevington Road, Aston, he will be teaching and demonstrating how migrants can share their stories and experiences through the medium of news journalism, providing the basic tools to help participants express themselves using TV, print and digital media. The session is part of Migrant Voice’s collaborative work with the West Midlands’ MiFriendly Cities initiative.

Migrant Voice, a national organisation that aims to amplify the voices of migrant communities, is working with West Midlands based organisation MiFriendly Cities to host several Media Labs each year as a way of training attendees to control their own narrative around migration and the migrant experience.

The special Media Lab workshop will be a valuable learning experience for migrants, refugees, and asylum seekers living in Birmingham as it will equip them with the basic journalism skills that they need to enable them to speak for themselves in the media and public life.

It is indeed a great honour and privilege to secure the services of the former Al Jazeera and BBC journalist Hasan Patel, who will facilitate the media lab training session at our Saathi House Birmingham office.