Who Can Lead the Islamic World? The View from Pakistan 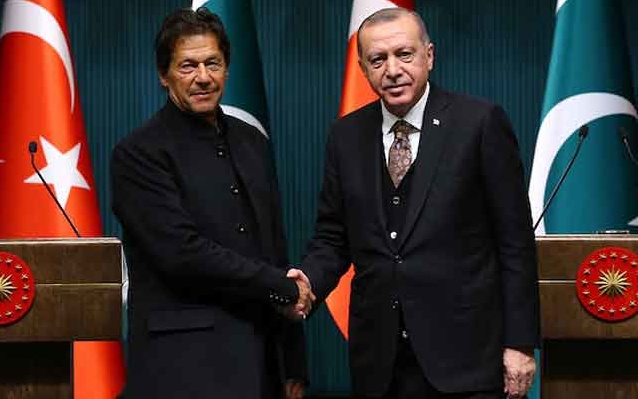 Originally published on the LSE Blog:

The Arab Spring protests have proven to be a watershed moment for the Middle East’s geopolitical faultlines. The civic movements had an impact beyond the Middle East, while creating structural incentives for new political players across the region to increase their capital — often at the expense of others.

The events paved the way for actors such as Turkey and Qatar to pursue leadership in the region’s new configuration – previously characterized by rigid sectarian, ideological, and ethnic divides – and posed a serious challenge to the established powers of Saudi Arabia and Iran.

The competition has also caused ripples within South and East Asia. At Malaysia’s recent Kuala Lumpur Summit, Pakistan and Indonesia withdrew after initially accepting the invitation. The controversy further escalated as Turkish President Recep Tayyip Erdoğan alleged that Islamabad had backed out because of Saudi pressure.

So where next for the rivalry for leadership of the Muslim world? What tactics will the contenders use next? And where does Pakistan stand among the power plays?

Pakistan has been a critical long-term ally of Saudi Arabia. The Saudi royalty have established strong personal ties with the Pakistani political class, and Islamabad’s support for Riyadh in the security realm has added a strategic hue to the bilateral ties. Millions of Pakistani expatriates have been working in the Kingdom and remain a vital source of foreign remittances.

Turkey has long been a close partner for Pakistan, whose civilian and military elites have maintained ties with their Turkish counterparts since independence — even if the average Pakistani has remained oblivious about the internal politics or societal dynamics of Turkey and the exchange has been limited to specific governmental and societal factions on both sides.

It was Turkey’s Islamist turn, initiated by the ascendancy of the political maestro Erdoğan, that put Ankara on the Islamic world’s political landscape. For the first time, Ankara’s power projection was directed towards the Muslim world, and Pakistan’s people started seeing Turkey as an important player within the Muslim world as it drew from its Ottoman past. The surge in the country’s soft power through its soap operas – though often depicting a secular lifestyle – assisted the cause.

Unlike Saudi Arabia or Iran, who often have focused on particular Pakistani constituencies or relied on personal relationships, Turkey has used institutional mechanisms in its foray into Pakistan. It began investing in projects from public transportation to municipal waste collection. It is injecting foreign aid into capacity building projects overseen by TIKA (Turkish International Cooperation and Development Agency), an organisation that with a strategic significance under the Erdoğan Government. Meanwhile, Erdoğan developed ties with Pakistani premier Nawaz Sharif and his family, giving the relationship a strong personal dynamic.

Pakistanis started looking towards Turkey as a role model in the Islamic world. They were not entirely aware of the secular nature of the Turkish state and its politics, thanks to the carefully choreographed Turkish messaging and the religious aura of Erdogan. Still, it took years for this political capital to translate into a soft power asset for Turkey to claim itself as an alternative leader of the Muslim world.

Imran’s Success, A Failure at the Summit

The electoral success of Pakistani Prime Minister Imran Khan led to a rejuvenation of Islambad’s relationship with Saudi Arabia and UAE. Meanwhile, Turkish-Saudi bilateral ties deteriorated after Ankara’s support for Qatar during the 2017 Gulf Crisis 2017 and following the murder of Saudi journalist Jamal Khashoggi in Riyadh’s consulate in Istanbul in October 2018.

To mend ties with Saudi Arabia and the UAE, damaged by Pakistan’s refusal to join the conflict in Yemen, Imran attended the Future Investment Initiative Summit in Riyadh, even though it was held in the wake of Khashoggi’s murder. Looking to Ankara, Imran sanctioned the Gülen Movement — blamed by Erdoğan for a failed July 2016 coup — as a terrorist entity, after visits by Turkish Interior Minister Suleyman Soylu and Defense Minister Hulusi Akar.

Then the balancing act faced the Kuala Lumpur summit. With Malaysia’s invitations to Turkey, Qatar and Iran, the Saudis saw a grouping of its regional rivals and an attempt at creating an alternative to the Organization of Islamic Cooperation, headquartered in Jeddah.

Pakistan was caught between a rock and a hard place. The rock was the unflinching and vocal support of Turkey and Malaysia on the Kashmir issue, while the hard place was the long-held strategic ties and economic support of Saudi Arabia, instrumental in pulling Islamabad back from the brink of economic disaster. Finally, Imran chose the hard place, and Islamabad withdrew from the summit.

For Pakistan, the deciding factor turned out to be its strategic partnership with Saudi Arabia, and it withdrew from the summit.

The poor diplomatic handling of the fallout from the knee-jerk decision shook Pakistan’s relationship with Malaysia and Turkey — a tremor felt in the statements of Erdoğan and other officials. Social media channels and influencers – often featuring Erdoğan’s name – denounced the Khan Government and described its actions as the “great betrayal”, in a sign of Turkey’s developing constituency within Pakistan and its ability to shape political narratives.

The episode highlighted the challenges of Pakistan’s balancing act within the Muslim world — and why Islamabad may soon find itself in a troubled position again. Public opinion within the country is shifting at a fast pace. Saudi Arabia and Iran only appeal to specific audiences, but affection for Turkey and specifically Erdoğan is building, thanks to Ankara’s strong stance on Kashmir.

The hope for Imran’s maneuvers? An economic recovery, following Saudi’s provision of $20 billion. If that stability can be found — and barring any major changes on the Turkish political scene — a repeat of the Kuala Lumpur summit debacle can be avoided.