Syria Daily: Russia Breaks Its Ceasefire In Northwest After 2 Days 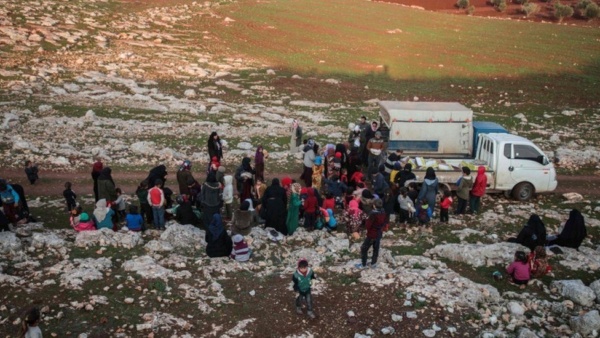 Russia has broken its ceasefire in northwest Syria after only two days, bombing towns across Idlib Province.

Moscow and Turkey had announced a ceasefire across Idlib from 12:01 am on Sunday, following Russian-regime attacks that have killed about 1,200 civilians, wounded thousands, and displaced more than 600,000. Almost 70 medical facilities, more than 100 schools, mosques, markets, and other civilian sites have been bombed and shelled.

Russia and the regime have been trying to overrun the greater Idlib area, the last major opposition territory in Syria, since late April. They have seized almost of northern Hama Province and part of southern Idlib, with Turkey — which entered northern Syria in August 2016 — unable to check the assault.

Local sources said the towns of Khan al-Subl and Maasaran were among those targeted in southern Idlib.

As with previous “ceasefires” in other areas of Syria which have soon been shattered amid Russian-regime siege, bombing, and ground assaults, Moscow announced on Sunday that “humanitarian corridors” had been opened for civilians to leave opposition territory. Residents said the regime dropped leaflets telling people to flee or face renewed attacks.

Neither Russian State nor Assad regime media mentioned any Idlib attacks on Tuesday. Instead, Syrian State news agency SANA said Israel had struck the regime’s T4 base in central Syria.

About 3 million people — 20% of Syria’s remaining population — live in the greater Idlib area.

Our teams have responded to more than 12,248 attacks carried out by regime forces and Russian warplanes since the start of their military campaign in #Idlib and #Hama from April to the end of 2019. We documented the death of 1,830 people, including 450 children during that year. pic.twitter.com/vnMxKznUPc