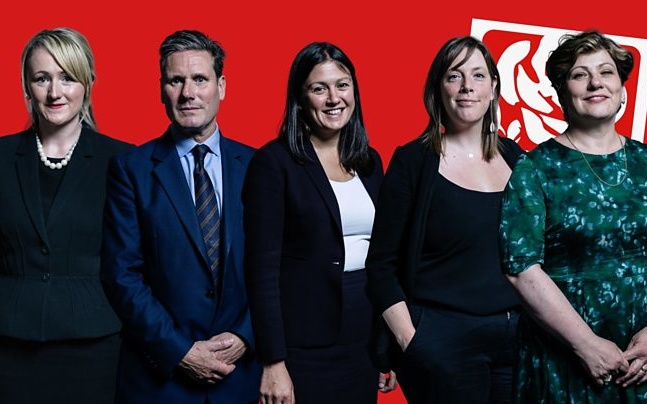 Who will become the next leader of the UK Labour Party, following protracted in-fighting and the party’s failure in the UK General Election in December?

That’s a hard call. But it’s not just because of present conditions. The past has a big role to play.

EA on talkRADIO: Challenges for Labour and Conservatives After UK Election

In the 1980s that former Birmingham Labour MP and Weekend World presenter Brian Walden warned of the problems raised by the Party’s new system for choosing its Leader. As the Liberals had already done, and the Conservatives would later do, Labour in 1981 put the decision on its Leader and Deputy Leader mainly in the hands of its members outside Parliament. Walden condemned this as “the stupidest and potentially most dangerous change the Labour Party ever made”, because it made possible the election of a Leader rejected by most MPs.

This problem remained only a potential one as leaders like Neil Kinnock, Tony Blair, and Ed Miliband bridged differences within the Party and had substantial, even if minority, support amongst the party’s legislators. But the election in Jeremy Corbyn in September 2015, on a more radical platform than any of his recent predecessors, led to his losing a no-confidence vote of Labour MPs by 4 to 1. Corbyn’s successor needs to avoid that fate whilst winning support from Party members and showing some consistency of values if not policies.

But Brexit has split the Labour vote and the loyalties of its leaders. Divisions between Leave and Remain, north and south, and old and young leaving the leadership with a Solomon-esque dilemma. This is combined with press antagonism which, along with his weaknesses, crippled Corbyn. And there’s the constitutional challenge of Scottish national ambitions that cost Labour most of its seats north of the English border.

Today’s leadership candidates and their supporters have sought to cauterize this wound with hopeful slogans of “progressive patriotism” and a “red bridge not a red wall”. The Brexit issue has gone away, in principle at least, with the passage of the bill for withdrawal from the European Union. However, feelings — cutting across traditional left-right lines — remain strong about responsibilities for Labour’s failure.

Those feelings are heightened by the catastrophic result for Labour in last year’s elections: European, local, and UK-wide. These reflected poor leadership, division over policy, and organizational failures acknowledged privately by Shadow Cabinet members during the campaign. Thousands of party members and hundreds of loyal long-serving councillors, in the 60 seats lost by Labour, will want to hear from the leadership candidates what will reverse a dramatic decline.

Labour’s hardest problem is longer-standing than any of these. Whilst the Conservatives were the first party to suffer the election of a Leader — Iain Duncan Smith — unloved by their MPs, they had a mechanism for removing him and a membership deferential enough to acquiesce in that decision. The Labour Party started outside Parliament and has always seen its members and trade unions as the moral and political heart of the organisation. It has no parliamentary mechanism for evicting its Leader. Even if it had, it does not have the political culture to do it.

In 1908 dockers’ leader Ben Tillett published the pamphlet “Is the Parliamentary Labour Party a Failure?” Ever since, the Party’s history has been littered with accusations of leadership betrayal. The Labour Party members of 2020 have to decide how much more hostility their surviving MPs can absorb.