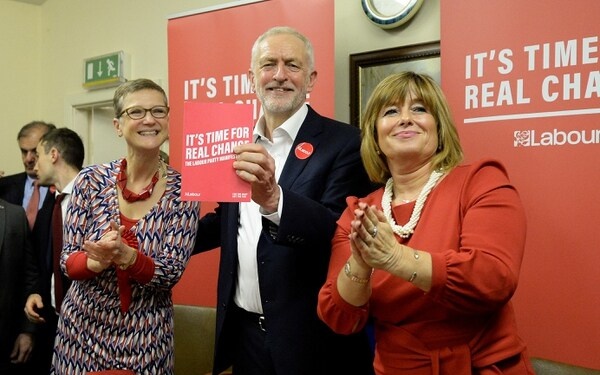 This UK General Election could see a significant shift in partisan voting. People are considering tactical voting for parties that they would not normally consider, in the hope of blocking the worst-case outcome.

But could this be the difference between a Conservative majority, and thus a clear run towards a Brexit departure from the European Union, and a hung Parliament?

Here’s a look at three marginal seats that could point to a result on December 12 for Brexit — and for other key issues.

Wakefield in West Yorkshire has been a safe Labour seat since 1932, but the majority swung to 2,017 two years. Voting for the Conservatives might have been unthinkable a few decades ago, but this is the era of Brexit.

Voters in Wakefield backed Leave in 2016 with 66.4% support. Conservative Prime Minister Boris Johnson is trying to capitalize with his declaration of an “oven ready” deal for the European Union.

Johnson’s statement is shrouded in distortion. He has made the impossible pledge of a complete agreement with the European Union by the end of 2020, and he has falsely said that his deal puts no barrier between Northern Ireland and Great Britain.

But the details may not matter to voters. Labour’s position on Brexit could frustrate voters dedicated to Leave, with a second referendum between a “soft Brexit” — for example, a customs union with the EU — and Remain. The If Brexit is the dominant issue for those turning out in two weeks, party alliance may dissolve and let the Tories seize victory.

Dudley North was the fourth-most marginal seat in 2017, with Labour’s Ian Austin triumphing by only 22 votes.

Austin has quit the party, adding local uncertainty to the national upheaval. Dr David Bailey of the University of Birmingham told EA WorldView that Austin’s departure “for unclear reason” makes it “less obvious” who will capture the seat. He still sees the possibility of Labour retaining its small majority through Melanie Dudley:

She has the benefit of being a local candidate and she is supported by a really active grassroots campaign, with daily canvassing across the constituency. That suggests she has a really good chance.

But Dudley North voted overwhelmingly to leave the EU, with 71.43% in favor. Jake Cooper, the Conservative Councillor for Belle Valle in the constituency, told EA WorldView, “The Conservative Party is the only party that can deliver Brexit.”

Cooper also sees a boost from the departure of the UK Independence Party, which took 5.5% of the vote in 2017, and the withdrawal of the Brexit Party candidate: “Previous UKIP supporters will vote Conservative to get Brexit done.”

But this election may not be predominantly focused on Brexit. Local Labour party activists said the vote is on more than just Brexit: “It’s about our local services, our National Health Service. It’s about ensuring we have sufficient funding.”

North East Fife: The #1 Marginal — With a Difference

North East Fife in Scotland was the UK’s most hyper-marginal seat two years ago, with the Scottish National Party taking the constituency by two votes.

But in this Brexit election, North East Fife is distinct for another reason. Both the SNP and the second-place party in 2017, the Liberal Democrats, are staunchly Remain. The Scottish Conservatives were a further 3,650 votes behind, and their popular leader Ruth Davidson resigned earlier this year.

So the outcome may be more about Scottish independence, opposed by the Liberal Democrats, than about Brexit. SNP supporter Reece Patrick Roberts told EA Worldview that Lib Dem leader Jo Swinson “has no concept of what her party’s push for austerity 2010 onwards” — as the junior party in a Conservative-led coalition at Westminster — “did to a country like Scotland”.

Roberts asserts that that “the choice in Fife is SNP with a Labour coalition, with a vote on Brexit and an independence referendum, or a Tory government that wants Brexit”.

And as North East Fife goes, will Scotland follow? For if the SNP win a large the majority of the 59 seats, they will push their mandate for an independence referendum sooner rather than — for any Conservative Government over the UK — much, much later.

David Atikins is studying Politics and International Relations at the University of Birmingham. He is a journalist with the Redbrick newspaper and hosts the Political Radio Show on Burn FM.