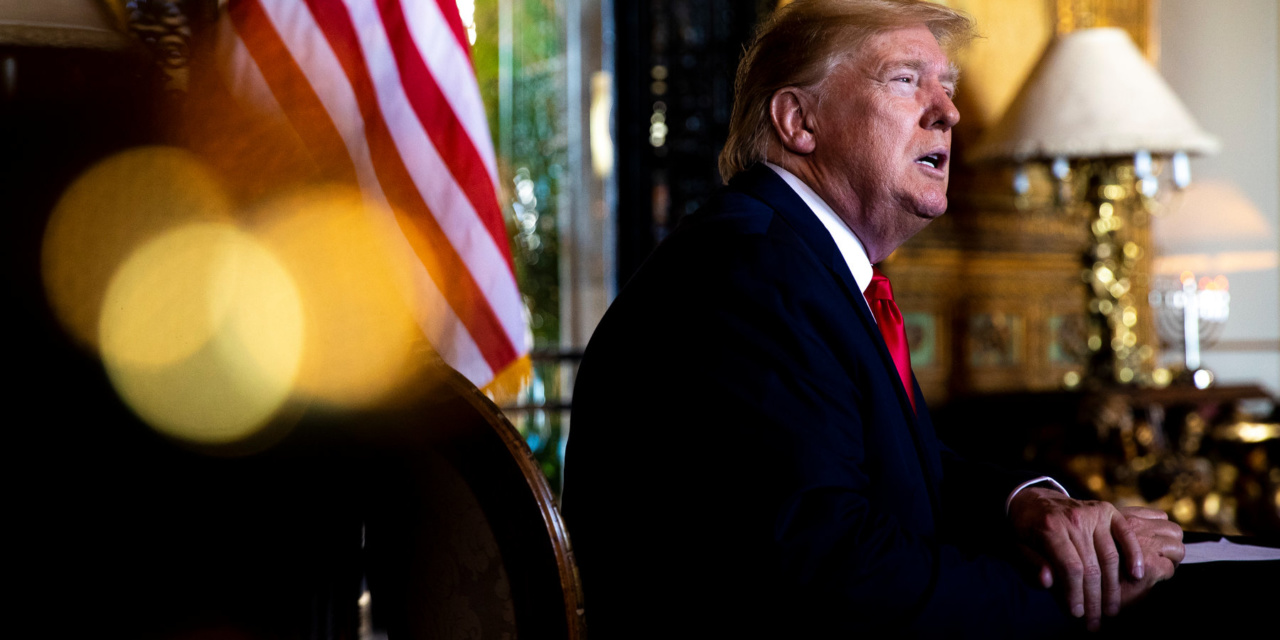 Facing trial for abuse of power and obstruction of Congress, Donald Trump spends Christmas Eve insulting Democrats on Twitter and in comments to reporters.

Despite a break for more than two weeks at his Mar-a-Lago resort in Florida, Trump betrayed his concern about his impeachment by the House last week. He railed to the journalists about Speaker Nancy Pelosi:

Trump blasted House Intelligence Committee chair Adam Schiff as a “sick, corrupt politician” and said he had “been treated worse than anyone else in the history of the UNited States”.

He continued his tactic of wishing away the evidence — from documents and 17 current and former US officials — of his pressure on Ukraine to investigate political rivals and cover up Russia’s involvement in the 2016 US election.

He said there was “no evidence at all” about abuse and power and obstruction of Congress, despite White House orders to officials to defy subpoenas for documents and testimony.

“We have a perfect case,” Trump asserted.

Trump used a question about his long-time advisor Roger Stone, facing a sentence of 50 years for his activities, to continue his diatribe. He assailed US agencies as “dirty cops…paid for by the DNC [Democratic National Committee] and Hillary Clinton”.

Saying these were “bad people, evil people”, Trump said it was his great hope that he could “get rid of these people”.

A North Korean “Vase” — or Missile Test — for Trump?

Trump also engaged in a flight of fantasy about North Korea’s announcement of a “Christmas gift” for the US, portending a possible missile test by the end of the year.

US officials are preparing for the possibility that Pyongyang, which has ripped up its engagement with Trump, may fire a long-range missile into the Pacific.

But Trump shrugged off the situation:

Maybe it’s a present where [North Korean leader Kim Jong-un] sends me a beautiful vase as opposed to a missile test, right? I may get a vase. I may get a nice present from him.

After threatening war with North Korea throughout 2017, Trump switched to photo opportunities from 2018, eventually meeting Kim at three summits and becoming the first US President to step foot inside North Korea.

However, North Korea used the meetings to sustain its position on nuclear weapons and missiles, doing no more than signing a general, two-page document about “denuclearization” of the Korean Peninsula.

See also He Came to North Korea. He Shook Hands. Then Trump Retreated.

On Twitter, Trump retweeted soundbites from Fox TV and supporters insisting that “the American people have had it” with impeachment.

He falsely said Pelosi “knows nothing” about the deal for a revised North American Free Trade Agreement, reached this month after changes on labor standards which met Democrat conditions.

Then it was back to the insults, “The Radical Left, Do Nothing Democrats have gone CRAZY. They want to make it as hard as possible for me to properly run our Country!”