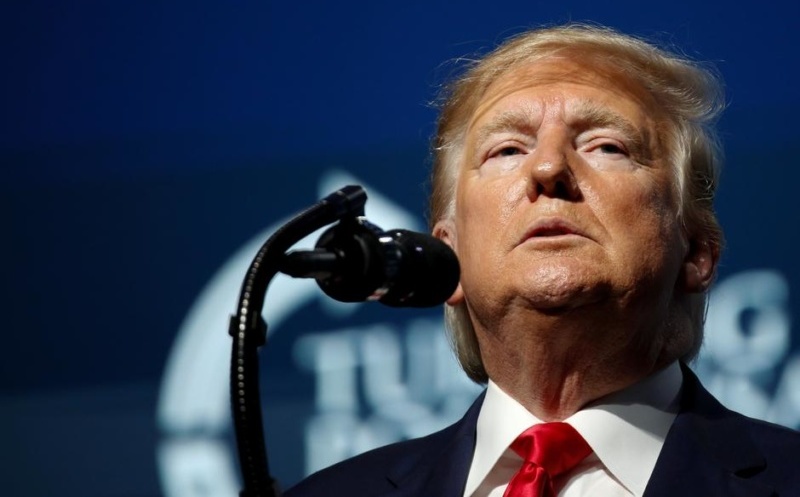 Democrats are seeking more documents for the trial of Donald Trump, after the latest revelation of Trump’s pressure on Ukraine for investigations to tarnish political rivals and to cover up Russia’s involvement in the 2016 election.

In a letter to Senate colleagues, Minority Leader Chuck Schumer set out a list of internal e-mails and documents from the White House, the State Department, and the Office of Management and Budget.

Seeking to protect Trump, Senate Majority Leader Mitch McConnell is blocking any witnesses and documents. House Speaker Nancy Pelosi is holding up the transmission of the articles of impeachment, passed last Wednesday, until McConnell and Schumer agree on rules for the trial.

Schumer was bolstered in Monday’s request by the revelation that a senior OMB official ordered the Pentagon to implement Trump’s freeze on security assistance to Kiev, only 90 minutes after Trump’s July 25 call with Ukraine President Volodymyr Zelenskiy which sought investigations.

Duffey, Trump’s top political appointee in the OMB, told the military to remain silent about the order “given the sensitive nature of the request”.

Trump ordered the freeze of $391 million days before the call with Zelenskiy. He was prompted to act after seeing an article in June about the assistance ordered by Congress.

The call with Zelenskiy led to a formal complaint by a CIA official and then House hearings, which established — despite White House order to officials to defy subpoenas — that Trump and his attorney Rudy Giuliani pursued a 10-month campaign for the investigations.

McConnell, who says he will not adhere to his Constitutional oath to be an “impartial juror” and is “taking [his] cues” from the White House, has refused the request.

The House impeached Trump on two charges: abuse of power over the pressure on Ukraine, and obstruction of Congress over the blocking of witnesses and documents.

On Monday, Democrat House counsel Douglas Letter indicated that there can be a second impeachment over Trump’s obstruction of justice in the Trump-Russia inquiry.

McGahn features in some of the eight cases of obstruction or attempted obstruction set out by Special Counsel Robert Mueller in his Trump-Russia report. They indicate Trump’s command to McGahn to arrange Mueller’s dismissal, and the subsequent Trump order for McGahn to deny the incident.

McConnell continued his stonewalling on Monday morning, using Trump’s favored outlet Fox and Friends: “Do you think Chuck Schumer is impartial? So let’s quit the charade. This is a political exercise.”