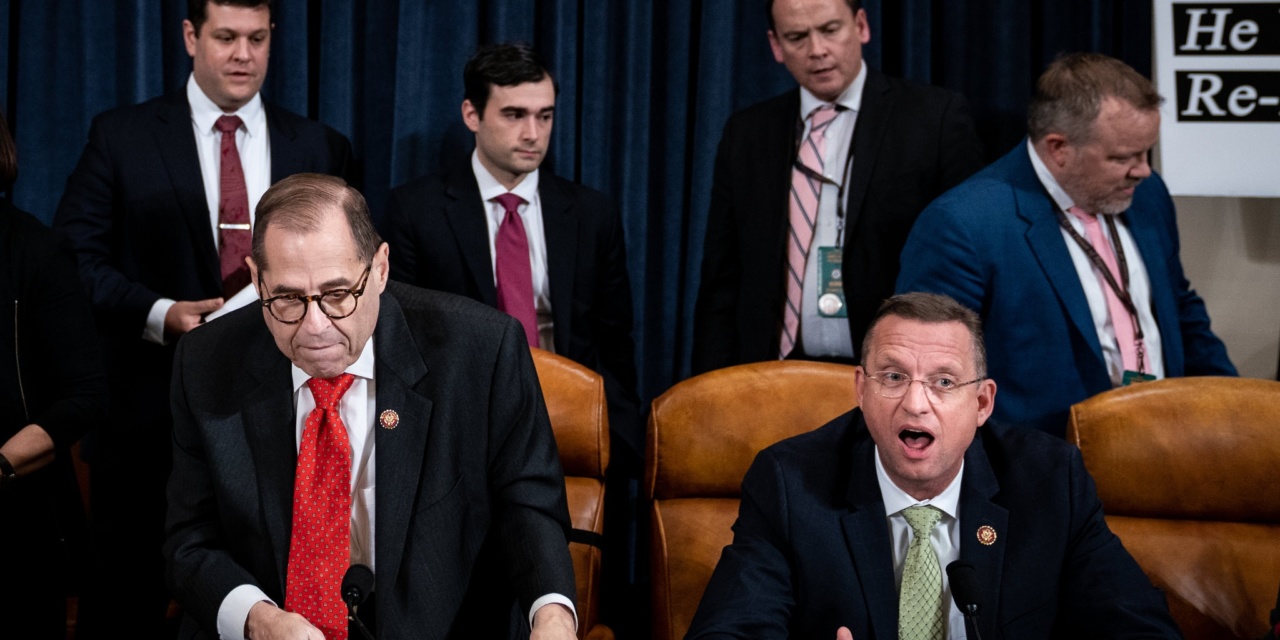 The House Judiciary Committee will approve articles of impeachment against Donald Trump today, following a 14-hour session on Thursday drawn out by Republican motions and invective.

It has been a long two days of consideration of these articles and it is late at night. I want the members on both sides of the aisle to think about what has happened over these last two days and search their consciences before we case our final votes.

Democrats also pointed to avoidance of the image of a dead-of-night roll call, instead having the decisive vote on national television during the working day.

The Committee will consider two articles: 1) Trump’s abuse of power, for personal gain, over his pressure on Ukraine to investigate political rivals such as Presidential candidate Joe Biden; 2) obstruction of Congress over Trump’s order to US officials to defy subpoenas for testimony and documents.

A third article, over Trump’s obstruction of justice to block the Trump-Russia investigation, was considered by Democrats but set aside to keep focus on the Trump-Ukraine affair. However, the two charges set Trump’s actions in a “pattern of conduct” throughout his Presidency.

Republicans put up a series of motions throughout the day to delay the process and to divert attention from Trump:

*Removing the article of impeachment over abuse of power

*Demanding that Joe Biden’s son Hunter, a board member with a Ukraine gas company, be named in the articles

All motions were rejected on 23-17 party-line votes.

Nadler summarized the evidence and the case for impeachment:

Ample facts demonstrate that President Trump put his personal interests above the country, its citizens and the Constitution. This is the highest of constitutional crimes: abuse of power.

Let me break this down for you… #DefendOurDemocracy #ImpeachmentDebate pic.twitter.com/sgOpHw628v

The approved articles will go to the full House of Represenatives, with a vote likely before adjournment for the Christmas recess on December 20. With approval almost certain, the Senate trial will begin in January.

Senate Majority Leader Mitch McConnell signaled on Thursday that Republicans will remain tied to Trump, guaranteeing that he will not be convicted.

After a meeting with White House Counsel Pat Cipollone, McConnell tried to brush away the evidence as “pretty weak stuff”. He said there was “no chance” of a two-thirds majority for conviction, with Republicans holding 53 of the 100 seats.

Then the Majority Leader cast aside impartiality as a juror in the trial: “There will be no difference between the president’s position and our position in how to handle this.”