Syria Daily: Saving 10,000s — The Evacuation of Ma’arat al-Num’an in the Northwest 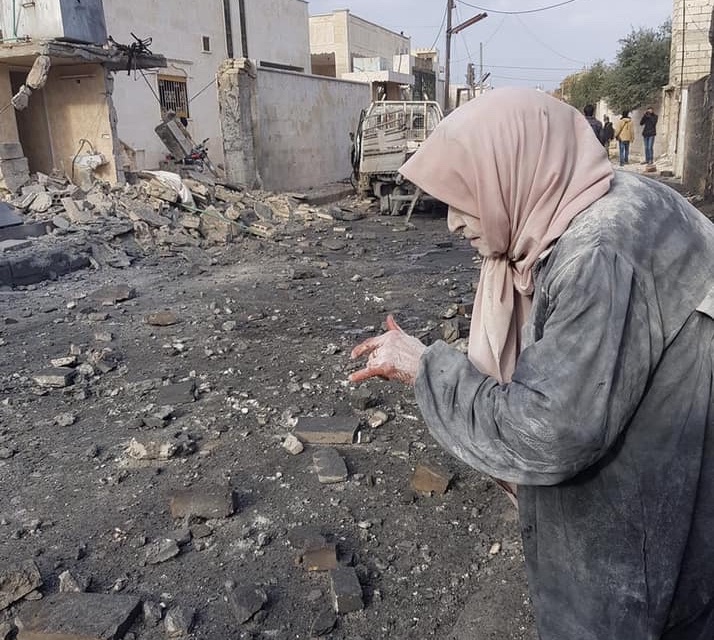 At great risk amid Russian-regime attacks, local humanitarian agencies have helped complete the evacuation of tens of thousands of civilians from Ma’arat al-Num’an in northwest Syria.

With the Russian-regime occupation of the city imminent, the agencies carried out their last operation on Tuesday night. One group, Kids Paradise, moved 2,080 civilians in 160 trips further north into Idlib Province since last Friday.

More than 210,000 people have fled the Ma’arat al-Num’an area since last week, adding to the total of more than 600,000 displaced since late April by the Russian-regime offensive. The attacks have killed more than 1,100 civilians and wounded thousands in the last major opposition area of Syria.

Despite a supposed bombing pause for a corridor to the north on Tuesday, Russian and regime warplanes continued to attack convoys. One strike killed 10 people — including six children — in a displaced persons’ camp; another hit a group of evacuees north of Ma’arat al-Num’an.

UN officials e-mailed humanitarian agencies that the Russians had agreed to halt bombing until 6 p.m. local time, but the pause was not observed. Raed Saleh, the head of the White Helmets civil defense, summarized:

1- The @UNOCHA sent an email to Syrian NGOs this morning announcing that Russia agreed to temporarily allow passage out of #MaaratalNuman two main roads until 6:00pm today. But Russian and regime warplanes never committed to this agreement. pic.twitter.com/UHiMpxml9B

Russian State news agencies continued to ignore the greater Idlib area, where more than 3 million people — about 20% of Syria’s remaining population — live. The Assad regime’s SANA headlined about “killed terrorists and their destroyed vehicles”, proclaimingA that “more than 30 towns and villages” had been “liberated”. A pro-Assad blog, fed by the regime military, ignored the civilian situation as it wrote about “jihadist rebels”.

Ma’arat al-Num’an is 33 km (21 miles) south of Idlib city. It has been a site of opposition both to the Assad regime and to the hardline Islamist bloc Hay’at Tahrir al-Sham, which has controlled much of Idlib Province since 2017.

Aerial photography of the city of Maarat al-Numan today.#insanlıkoelueyor#save_us#IdlibUnderFire#İDLİBÖLÜYOR#İNSANLIKÖLÜYOR#ادلب_تحت_النار pic.twitter.com/wKQhw50ClY

Anti-Assad forces took over almost all of Idlib Province in spring 2015, bring the Assad regime to the point of collapse before it was saved by Russia’s military intervention in September 2015.

The Russian-regime offensive from late April occupied part of southern Idlib and almost all of neighboring northern Hama Province.

Russian President Vladimir Putin paused the bombing, which shattered a Russian-Turkish “de-escalation zone”, in early September. But Russian and regime attacks resumed in November, killing scores more civilians with attacks on sites such as markets, hospitals, and displaced persons’ camps. The assault escalated just over a week ago in the effort to empty and seize Ma’arat al-Num’an.