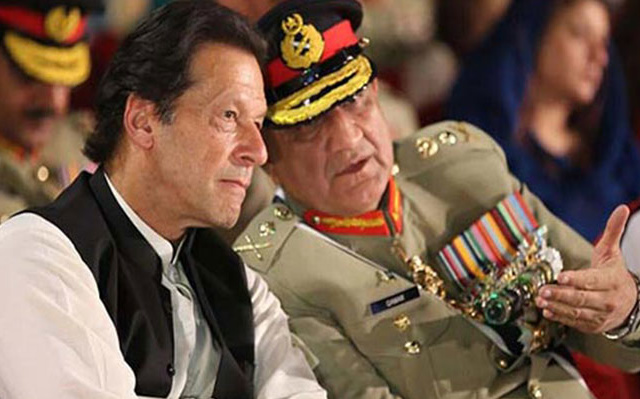 In Pakistan’s political history, the relationship between the executive and military is one of the defining features. At times, this has been centered around a negotiation of roles and responsibilities. On other occasions, it has been a power contest between institutional rivals ending not only with submission, but also a formal expulsion of one of the contestants.

After the departure of President Gen. Pervez Musharraf in 2008, the military stepped back from its overarching presence over the previous decade. It allowed the democratically-elected government to exercise political powers. But owing to the deteriorating security situation within the country, the military’s special vestiges in the policymaking domain remained intact.

In this reshuffling of the political cards, Pakistan’s Supreme Court in general and its Chief Justice Iftikhar Chaudhry in particular asserted themselves as a powerful player through judicial activism, instrumentalized with notices on matters of public interest. It was the Court that eventually removed Prime Minister Yousuf Raza Gillani in 2012 in a contempt case.

Imran, the Military, and the Courts

The civil-military ties between Prime Minister Nawaz Sharif started on a positive note in June 2013. But gradually they became bitter amid a sit-in in Islamabad, led by Imran Khan’s Pakistan Tehreek-e-Insaaf, and then leaks about a confrontation between Sharif and the military in October 2016. The uneasiness was never resolved and ended only when the Supreme Court, investigating the Panama Papers case, sent the Prime Minister packing.

The elections of July 2018, which broke the political dichotomy of the Pakistan Peoples Party (PPP) and Pakistan Muslim League that had dominated for 30 years, brought in the PTI with immediate implications for the state of the civil-military relationship. As the new government took charge, the executive and military developed and displayed trust on both sides. Rather than negotiating or contesting each other’s power domain, often at the cost of mutual damage, the executive and armed forces were happy to coordinate and help each other.

With no accounts to settle, Khan’s focus has been on recovering the country’s wealth which has been embezzled by politicians. The military has been largely able to maintain its say in the national security and foreign policy-making apparatus. This new dynamic in the civil military affairs still revolves around the personal relationship between Khan and Army Chief Gen. Qamar Javed Bajwa and their mutual trust, with the Government awarding Bajwa a full-term extension.

But beyond the personal connection, there are other players. Khan tried to prevent former Prime Minister Sharif, still accused of embezzling billions of dollars, from leaving Pakistan; however, the courts intervened to let Sharif leave the country on grounds of ill health.

The court also suspended Khan’s extension of Bajwa’s term, portending a new crisis. Eventually the judges granted an interim extension of six months while instructing the Government for a full-term measure.

This judicial intervention has not gone down well in certain quarters. The institutional challenge mounted by the Supreme Court may bring another turn in Pakistani politics.

But for now, the chief effect is to bring the executive and military even closer. The ties are likely to bind until leaders on both sides bid farewell to their positions.