Iran Daily: Rouhani — “Sanctions Will End” With Defeat of Enemy 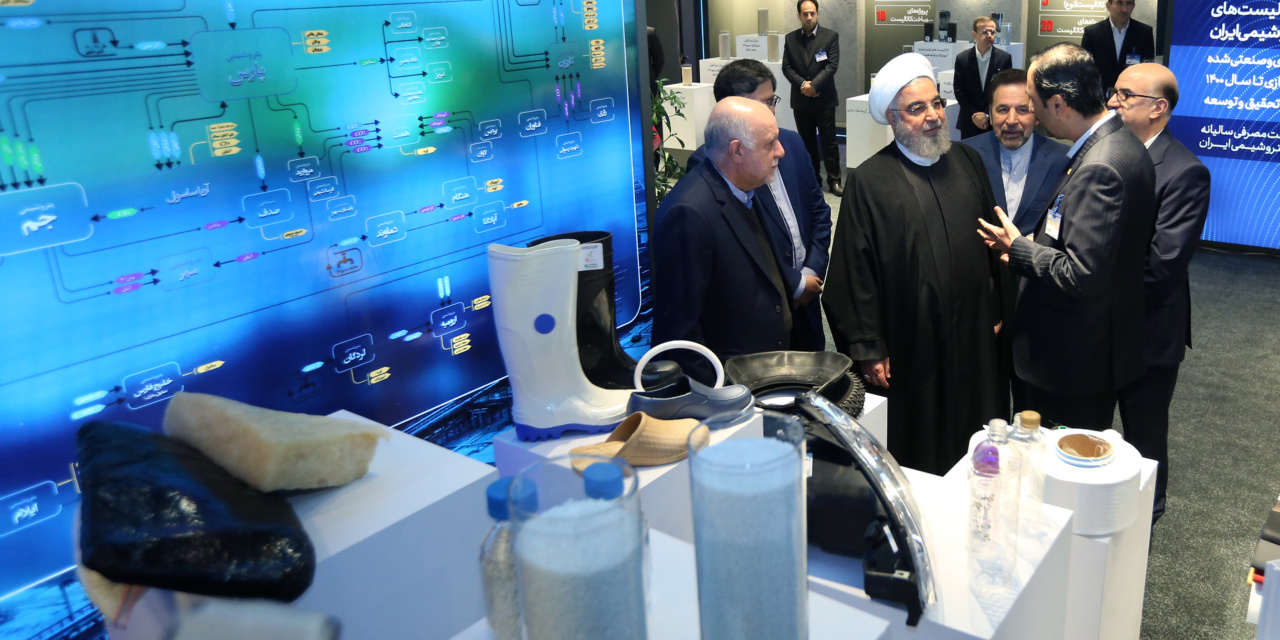 Defying both the international situation and Iran’s economic problems, President Hassan Rouhani has declared that sanctions on the Islamic Republic will end with the surrender of Tehran’s foes.

Rouhani used a visit to a petrochemical industry exposition on Monday to declare:

The era of sanctions and pressure on the Iranian people will come to an end because our enemies have realized that they cannot force us into surrender with their “maximum pressure” campaign….

Their sole objective was to force us to sit at a negotiating table where we had no other choice but to accept all of their terms. This is impossible for our Islamic Iran.

The President did not explain how this victory would be achieved, with the Trump Administration tightening comprehensive sanctions imposed in November 2018, an escalation of tensions and military moves by both Washington and Tehran, and fall between 80% and 95% in Iran’s official oil exports.

Instead, Rouhani was forced onto the defensive after mass protests last month over a Government increase of 50% to 200% in petrol prices.

The President said to domestic critics who have chided the Government for not delivering economic progress: “We made those promises during a period of peace, but then we were forced into a war that we didn’t choose and we didn’t start. They started a full-out economic war against us.

Amnesty International has confirmed at least 306 protesters were killed by Iranian security forces. Officials in the Interior Ministry told Reuters last week that the death toll of protesters, security personnel, and bystander is 1,500. More than 8,000 people have been detained, and arrests are continuing.

The petrochemical industry is vital to the Supreme Leader’s declaration of a “Resistance Economy” to withstand sanctions and the squeeze on oil exports. But Government efforts in petrochemicals and other non-oil sectors are struggling: exports fell 14% in March-November 2019, compared to the previous year.