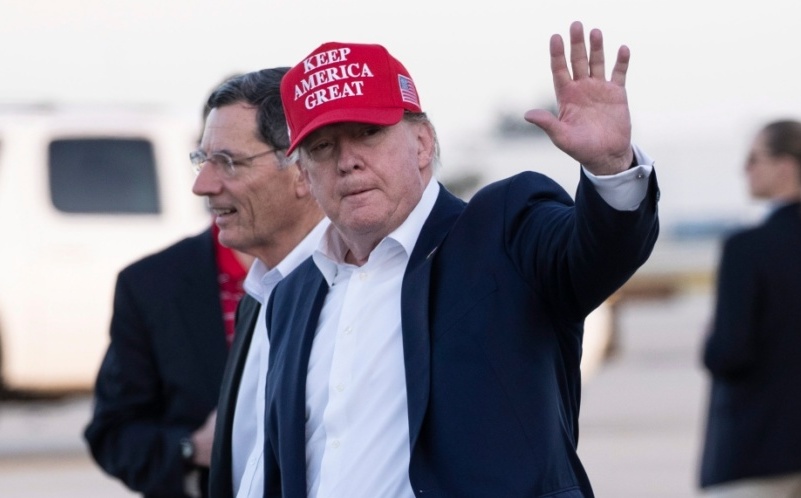 The House Judiciary Committee gives Donald Trump a deadline of next Friday to prepare his defense in the impeachment inquiry.

In a letter to Trump on Friday, Committee chairman Jerry Nadler wrote that Trump and his lawyers must decide by the deadline whether they will present evidence or call witnesses: “Please provide the committee with notice of whether your counsel intends to participate, specifying which of the privileges your counsel seeks to exercise.”

The House Intelligence Committee, which heard from 10 former and current US officials in hearings this month, is preparing its report for the Judiciary Committee. The latter will then evaluate whether there is a case for articles of impeachment.

If the articles are adopted, the full House of Representatives will debate them. Democratic leaders have said the final vote on impeachment will be during the week of December 16, setting up a possible trial in the Senate in early 2020.

The House committees have been focused on the Trump-Ukraine affair, in which Trump and his personal attorney Rudy Giuliani pressed Kiev to announce investigations to tarnish Presidential candidate Joe Biden and to cover up Russia’s interference in the 2016 US election.

But Nadler indicated in his letter that the Judiciary Committee will also consider whether Trump engaged “in acts of obstruction of justice” over the investigation into his 2016 campaign’s links with Russian officials.

In his 446-page report, published in part in April, Special Counsel Robert Mueller set out evidence for at least eight cases in which Trump obstructed or attempted to obstruct justice. Mueller refrained from recommending criminal charges because of the Justice Department’s guidance that a sitting President cannot be indicted. Instead, the counsel said any decision on Trump’s future must be taken through Congress.

Nadler previously set a Sunday deadline for Trump to say whether his lawyers would attend a public hearing next Wednesday, in which constitutional scholars will discuss the definition of an impeachable offense and whether Trump’s actions may be considered.

Committee officials said Trump and his lawyers have not responded.

Nadler also wrote on Friday to Rep. Doug Collins, the top Republican on the Judiciary Committee, asking whether Republicans will request any subpoenas to compel witnesses to testify.